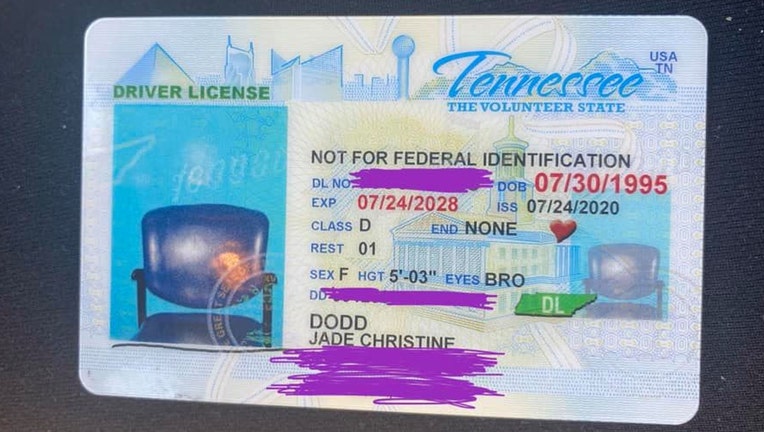 Apparently the State of Tennessee thinks one of its residents is invisible.

Jade Dodd renewed her driver's license online. But when she got the new ID in the mail, she discovered that it showed an empty chair instead of her face, according to the New York Post.

Typically when you renew a driver's license online or by mail, the DMV uses the photo of you that it has on file.

In Dodd's case, an errant photo of the empty chair taken during her last in-person visit to the DMV was saved to her file, the Tennessee Department of Safety and Homeland Security told WKRN.

"When the Department was made aware of her situation, we immediately made things right with the customer and provided her with a license with her actual photo and have addressed this situation internally," the agency said.

Dodd said the empty-chair photo ID has gotten her a lot of laughs, especially from her boss.

"I was at work Friday and he pointed to a chair outside of his office door and was like, 'I thought this was you, I waved at it this morning,'" she said, according to the Post.

No word if Clint Eastwood might want to cast her in his next political speech, a la the 2012 RNC.