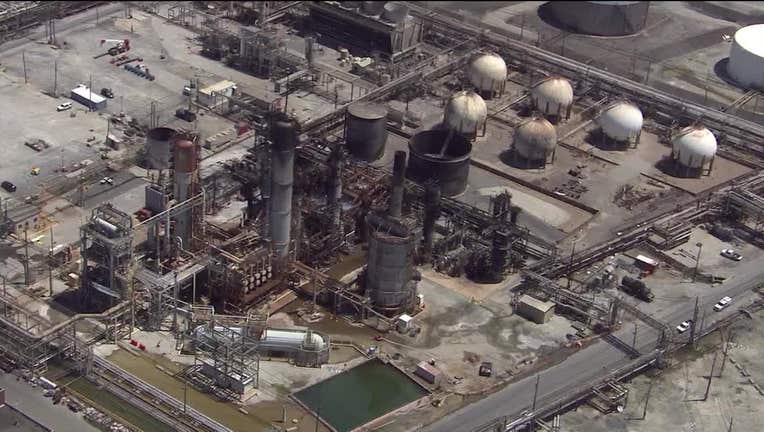 SOUTH PHILADELPHIA - Workers have started to neutralize a highly toxic chemical on the site of a massive Philadelphia refinery that's been shut down since explosions and a blaze earlier this summer.

Philadelphia Fire Commissioner Adam Thiel says workers are at the Philadelphia Energy Solutions site around the clock, seven days a week in an effort to neutralize the 33,000 gallons of hydrofluoric acid there. It could take several weeks to complete.

Hydrofluoric acid is one of the most dangerous chemicals in use. Refineries use it to create high-octane fuel. Chemical safety officials have said it had been released into the atmosphere, a low-lying toxic cloud could travel quickly over miles, affecting more than a million people.

Thiel says air monitoring is continuing and there are no signs that the chemical was ever released.

Thiel says the cause of the June 21 fire and explosion remains unknown and the investigation is ongoing.