It's a 75-year love story in the making. In a long-awaited reunion, veteran K.T. Robbins, 97, embraced a French woman named Jeanine Ganaye, 92, for the first time in over seven decades.

BRIEY, France - Just before the 75th anniversary of D-Day last week, a World War II veteran reunited with his long lost love who he met during the war.

In a long-awaited reunion, veteran K.T. Robbins, 97, embraced a French woman named Jeanine Ganaye, 92, for the first time in over seven decades.

“I always loved you,” Robbins told Ganaye, as seen in a video posted by Forever Young Senior Veterans, who helped with their reunion. “You never got out of my heart.”

“I have always thought about him too,” Ganaye responded. “I was wondering, where is he? And would he come back? I always wondered.” 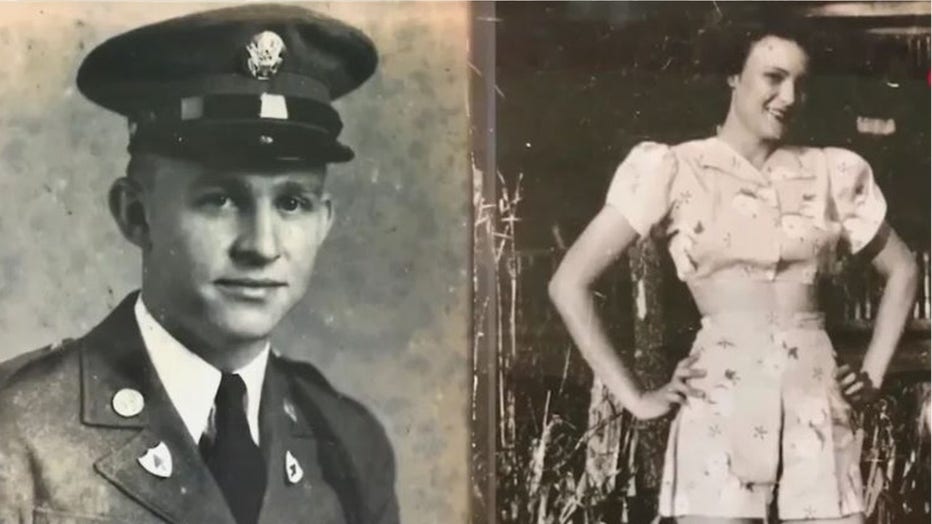 In 1944, Robbins was a young American soldier in the Second World War, when he fell in love with Ganaye.

He was 24 years old and she was only 18. They met in Briey, of northeastern France, where the U.S. troops had set up camp.

But after two months of romance, K.T. left abruptly to join the Eastern Front, with Ganaye vividly remembering the day he left, according to the video.

“When he left in the truck, I cried, of course, I was very sad,” she said. “I hoped that after the war, he would not go back to the U.S.”

“I told her, 'After, maybe I'll come back and see you some time, who knows,'” Robbins said. “But it didn't happen.” 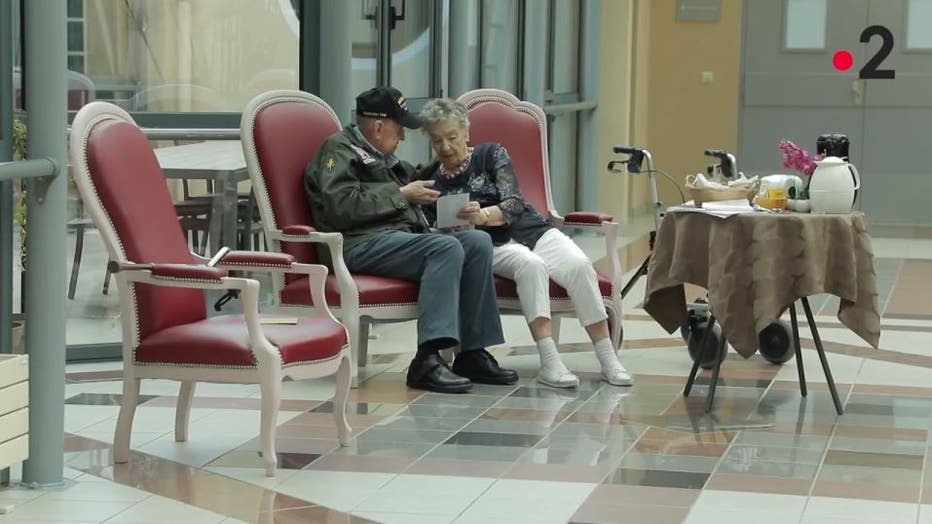 After the war, Robbins got married in the U.S., while Ganaye also married and had five children.

Then, when French journalists met with Robbins this year for the 75th anniversary of D-Day and learned of the love story, they worked with FYSV to bring the lovebirds together again.

Even after 75 years, Robbins still has the black-and-white photo of a young Ganaye.

“I'm going to show you something... This is you,” he said, showing her the photograph. 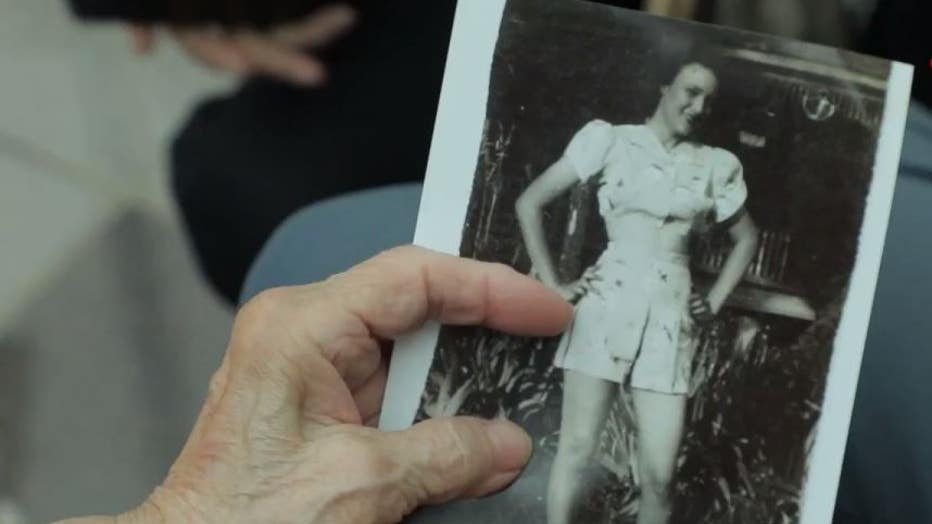 Robbins showed Ganaye a photo of her when she was young. He had kept it for 75 years. (Photo Courtesy: Forever Young Senior Veterans)

When it was time for him to leave to go to Normandy for the 75th anniversary of D-Day, they again embraced passionately.

“Jeanine, I love you, girl,” he told her while giving her kisses.

“It's so good to see you,” they said to each other. “See you soon.” They promised each other they would meet again.