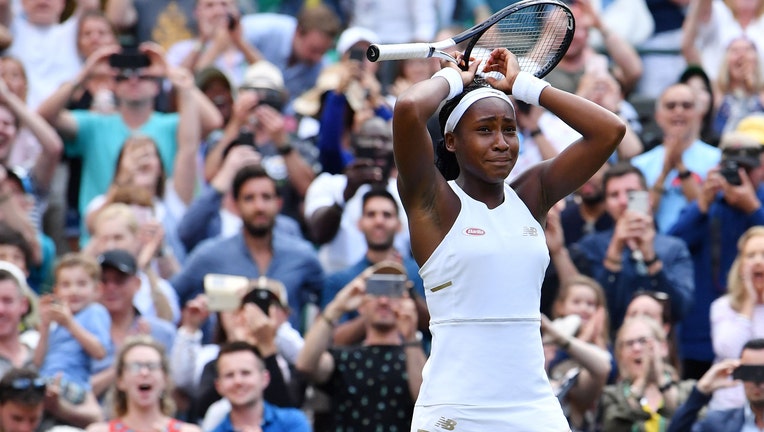 WIMBLEDON, England - In a matchup of youth vs. experience, the youngest woman in the draw beat the oldest at Wimbledon.

The 39-year-old Williams had won four of her seven Grand Slam titles before Gauff was even born in 2004.

The 313th-ranked Gauff is the youngest player to enter the main draw at Wimbledon since Laura Robson in 2009, having come through qualifying last week.

Gauff, playing in her first Grand Slam match, converted her fourth match point when Williams sent a forehand into the net, then broke into sobs before shaking hands with her opponent.

Gauff was born in Atlanta, Georgia, but her family moved to Florida for better opportunities in tennis. 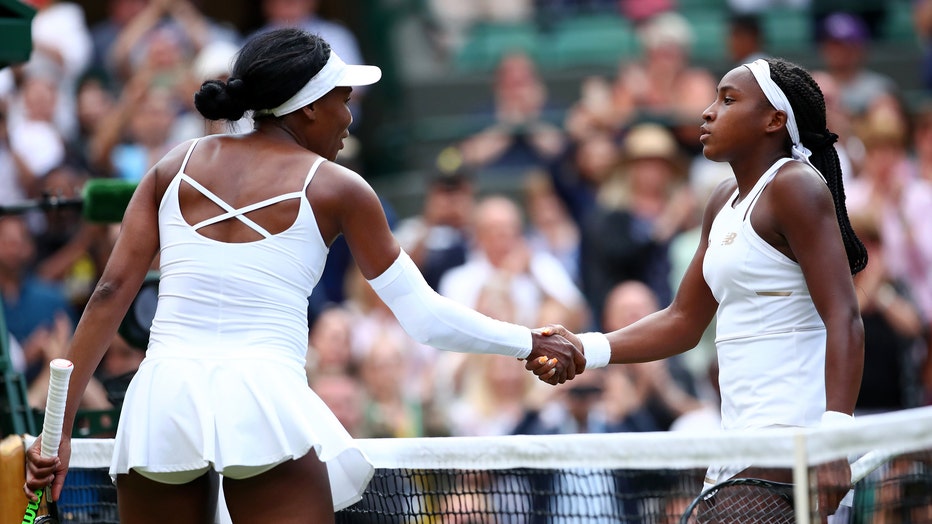 Naomi Osaka became the first top player to lose at Wimbledon, falling to Yulia Putinseva 7-6 (4), 6-2 in the first round.

The second-seeded Osaka, who won the U.S. Open last year and the Australian Open this year, was ranked No. 1 in the world until last week. Osaka had 38 unforced errors on Centre Court, while Putinseva had only seven.

It was Osaka's second loss to Putinseva on grass this season. The Japanese player lost to the 24-year-old Kazakh in Birmingham two weeks ago. Osaka lost in the third round at French Open.

French Open finalist Marketa Vondrousova was knocked out in the first round at Wimbledon, losing 6-4, 6-4 to Madison Brengle of the United States.

Vondrousova reached her first Grand Slam final at Roland Garros, losing in straight sets to Ash Barty. She reached the semifinals at this year's Australian Open. Vondrousova also lost in Wimbledon's first round in 2017 and 2018.

Sixth-seeded Alexander Zverev and seventh-seeded Stefanos Tsitsipas were both eliminated in the first round at Wimbledon.

Both players are among the younger generation expected to eventually replace the Big Three of Roger Federer, Rafael Nadal and Novak Djokovic in men's tennis.

Tsitsipas, who beat Federer at the Australian Open en route to the semifinals, saved two match points in the fourth-set tiebreaker and failed to convert three break points early in the fifth. Fabbiano broke Tsitsipas twice in the final set, including in the last game when the Greek popped a shot long.

It was Fabbiano's first win over a top-10 player.