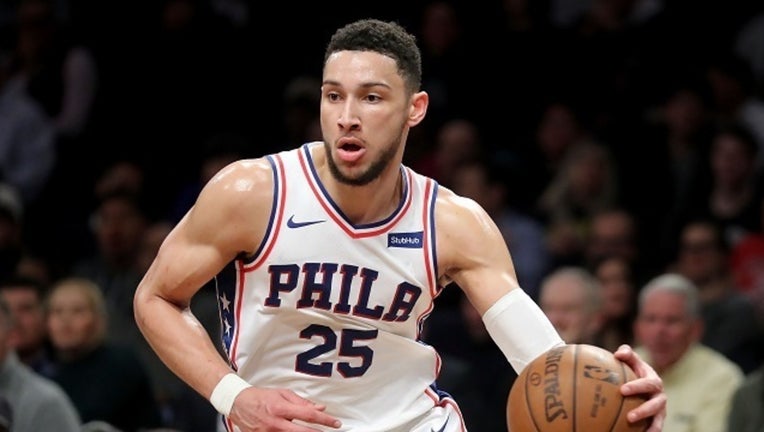 MELBOURNE, Australia - Philadelphia 76ers guard Ben Simmons has explained a social media post that seemed to imply he'd been racially profiled by security staff at a Melbourne casino by saying he and his friends felt "singled out."

Simmons posted a video on Instagram in which he asked why he and two black friends were asked for identification but another person in their group who is white was not. He deleted the post Tuesday morning, when it started making news and after the casino issued a statement saying its security staff routinely did ID checks on anyone who appears younger than 25.

The 23-year-old Simmons, who recently became the highest-paid Australian athlete when he signed a five-year, $170 million contract extension with the 76ers, apparently wasn't recognized by security at one of the casino's entry points Monday night. But he was allowed in at a second entry point after providing identification.

After appearing at a charity event Tuesday, he posted on Twitter to explain his earlier video.

"As you know an incident happened last night at Crown and my friends and I felt personally singled out, no one likes to feel like this," the Melbourne-born Simmons said in a tweet. "I am very passionate about equality and I will always speak up even if it means having uncomfortable conversations."

The casino issued a statement saying its "internal security policy requires our security officers to check identification of those persons they believe to be under the age of 25, this is an enhanced safeguard to ensure that no one under the age of 18 is permitted entry to the casino floor as required by law.

"The group subsequently provided identification and were permitted entry ... (we) strenuously reject reports that it discriminated against a group of visitors last night."

Simmons, whose father is African American, did not explain why he deleted the post.

Reports in Australian media said he was staying at a hotel connected to the casino.

Simmons was selected for the Australian squad for some exhibition games against the U.S. team in Melbourne later this month and for the world championships in China starting next month, but he withdrew to focus on his preparations for the next NBA season.