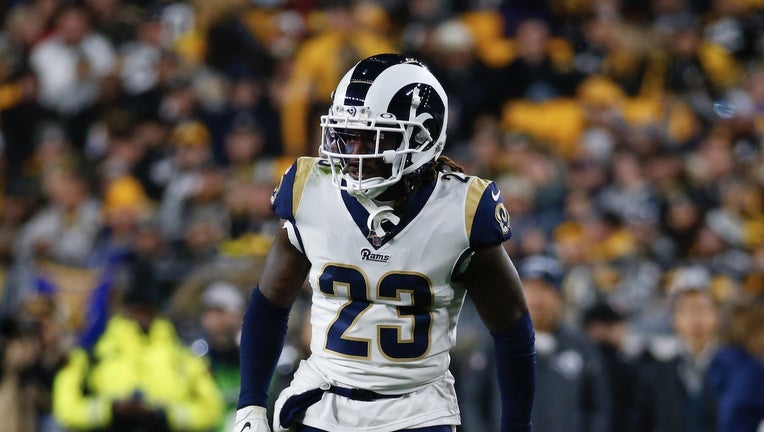 Nickell Robey-Coleman #23 of the Los Angeles Rams in action against the Pittsburgh Steelers on November 10, 2019 at Heinz Field in Pittsburgh, Pennsylvania. (Photo by Justin K. Aller/Getty Images)

PHILADELPHIA - The Philadelphia Eagles have added a free agent cornerback to their secondary.

The team announced Wednesady afternoon that they had  agreed to terms on a one-year- deal with veteran Nickell Robey-Coleman.

Robey-Coleman, 28, last played for the Los Angeles Rams, who he helped reach the Super Bowl following the 2018 season.

The University of Southern California alumnus was signed by the Buffalo Bills as an undrafted free agent in 2013.

Last season, he appeared in 16 games for the Rams, including three starts. He recorded 36 tackles and 7 passes defended in those games.

Malcolm Jenkins: This is not goodbye, but I'll see you later

Robey-Coleman is the latest addition to the team's new-look secondary after the additions of cornerback Darius Slay and safety Will Parks.

Last week, the team announced Jalen Mills would be returning to the team and switching from cornerback to safety, while Rodney McLeod was resigned to resume his duties at safety.