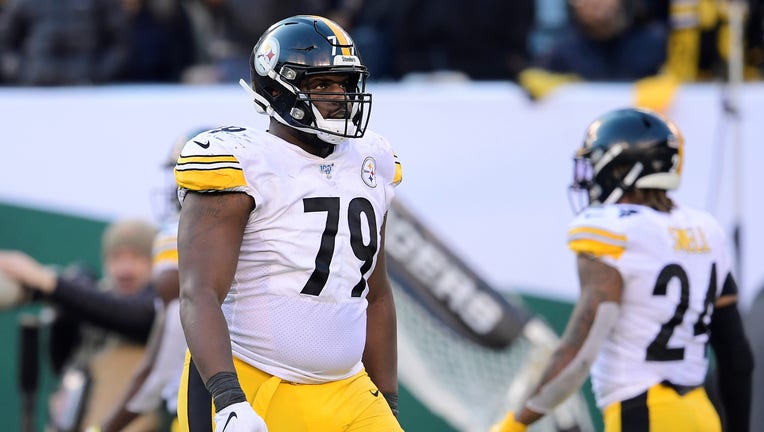 Javon Hargrave #79 of the Pittsburgh Steelers looks on against the New York Jets at MetLife Stadium on December 22, 2019 in East Rutherford, New Jersey. (Photo by Steven Ryan/Getty Images)

PHILADELPHIA - The Philadelphia Eagles are bringing back a familiar face to backup quarterback Carson Wentz.

The team announced Tuesday morning they had reached an agreement on a one-year deal with backup quarterback Nate Sudfeld.

Sudfeld, 26, has been with the Eagles since 2016 and was slated to become the Eagles number two quarterback before last season before suffering an injury in the preseason. As a result, the Eagles convinced veteran Josh McCown to come out of retirement and serve as Wentz’s backup for the remainder of the season.

Sudfeld was originally selected in the sixth round of the 2016 NFL Draft by the Washington Redskins.

So far this offseason the Eagles have bolstered positions many see as strengths in quarterback and defensive tackle. On Monday, the team announced DT Hassan Ridgeway would be returning on a new deal.

The 27-year-old lineman was selected by the Steelers in the third round of the 2016 NFL Draft. He has appeared in 63 games for the Steelers and racked up 14.5 sacks in that time.