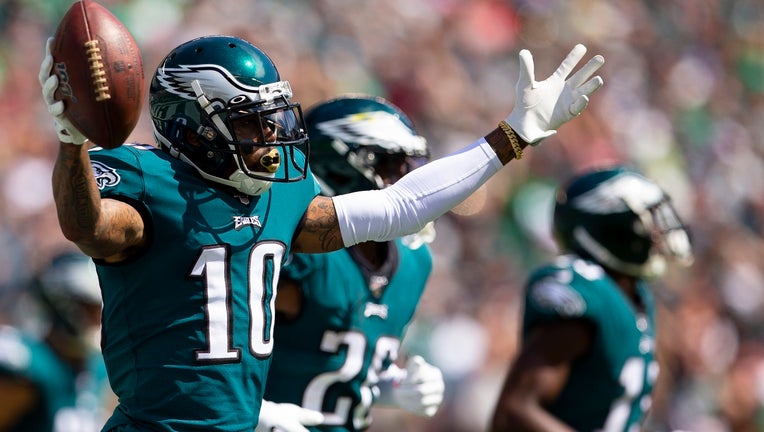 PHILADELPHIA - Philadelphia Eagles wide receiver DeSean Jackson has come to the aid of a youth football team — donating $30,000 for critical funding needed to save the organization's 2019 season, the DeSean Jackson foundation announced Friday.

The organization, which serves more than 150 disadvantaged youth in South Central Los Angeles, needed crucial funds for uniforms, equipment and referee and venue fees. Without the funds, its entire season was in jeopardy.

“That’s what the DeSean Jackson Foundation is about," said Gayle Jackson. "Mentoring, empowering and building confidence in these young kids." 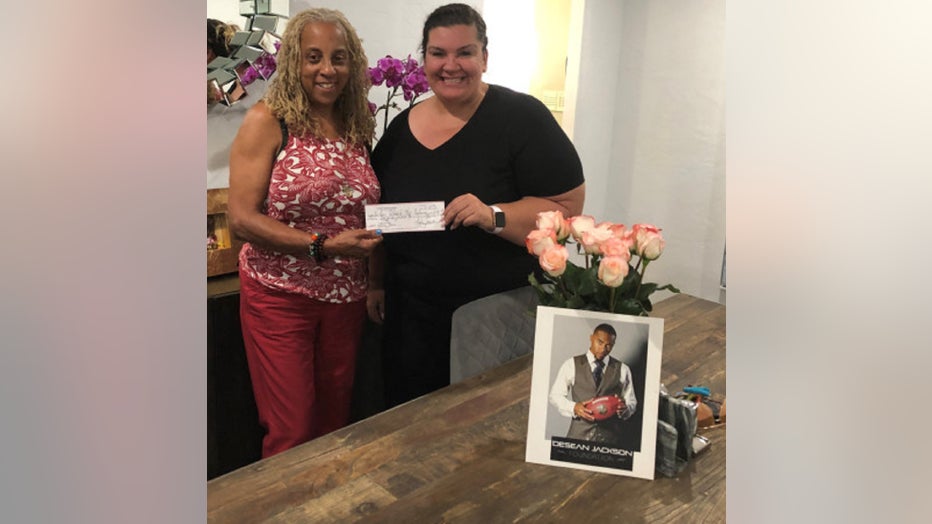 Gayle Jackson, president of the DeSean Jackson Foundation, presented the check to Leila Sedighan, of the Southern California King Conference.

According to the Jackson family, the foundation was established in honor of DeSean's father, William "Bill" Jackson, "who sacrificed his life to put his son in a position to do what he’s doing today,” Gayle said.