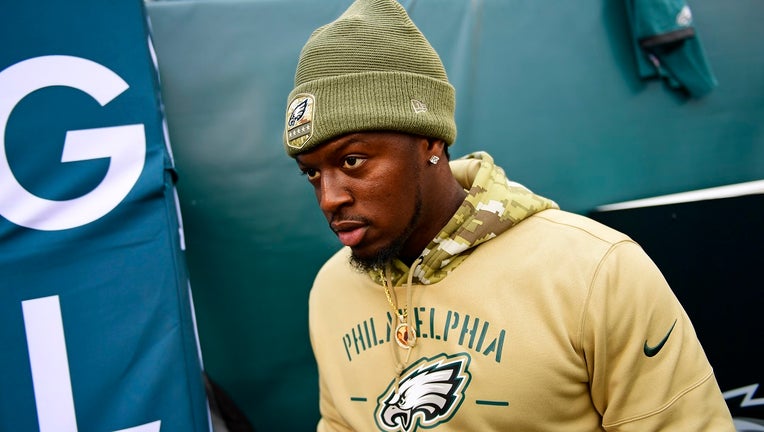 PHILADELPHIA - The Philadelphia Eagles announced Saturday that running back Jordan Howard will miss Sunday's game in Miami with a shoulder injury.

Howard will miss his third straight game after he hurt his shoulder during Philadelphia's game against the Chicago Bears on Nov. 3.

The 25-year-old running back had been questionable for most of the week despite limited participation in practice.

The Eagles figure to lean heavily again on Miles Sanders and the newly re-signed Jay Ajayi.