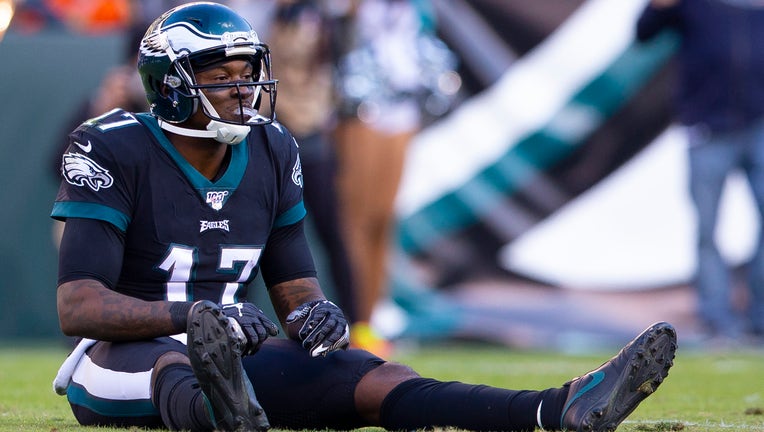 PHILADELPHIA - The Philadelphia Eagles announced Thursday that wide receiver Alshon Jeffery will miss the remainder of the season with a foot injury.

Jeffery sustained the injury during the first half of Monday night's win over the New York Giants. The 29-year-old was carted to the locker room after he pulled up lame while running a route.

Philadelphia has promoted wide receiver Robert Davis from the practice squad to help fill the void left by Jeffery.

Jeffery will join fellow wide out DeSean Jackson on the shelf for the remainder of the season. Meanwhile, Nelson Agholor is reportedly still nursing a knee injury that caused him to miss Monday's game.

Carson Wentz will now have to rely more heavily on J.J. Arcega-Whiteside and Greg Ward as the team fights for the top spot in the NFC East.