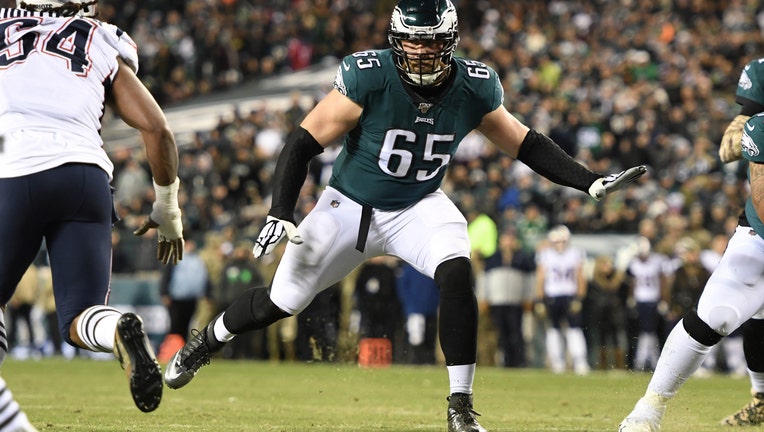 PHILADELPHIA - The Philadelphia Eagles won’t have two-time Pro Bowl right tackle Lane Johnson against the Seattle Seahawks on Sunday and could be without other key players on offense.

Johnson is out with a concussion and wide receivers Alshon Jeffery and Nelson Agholor and running back Jordan Howard are questionable.

Jeffery missed last week’s 17-10 loss to the Patriots because of an ankle injury and Howard also didn’t play because of a shoulder injury. Agholor injured his knee while failing to catch a potential game-tying touchdown in the fourth quarter.

Since 2016, the Eagles (5-5) are 3-8 without Johnson. Rookie first-round pick Andre Dillard will make his first career start at right tackle in his spot. Dillard filled in at left tackle during Jason Peters’ absence.