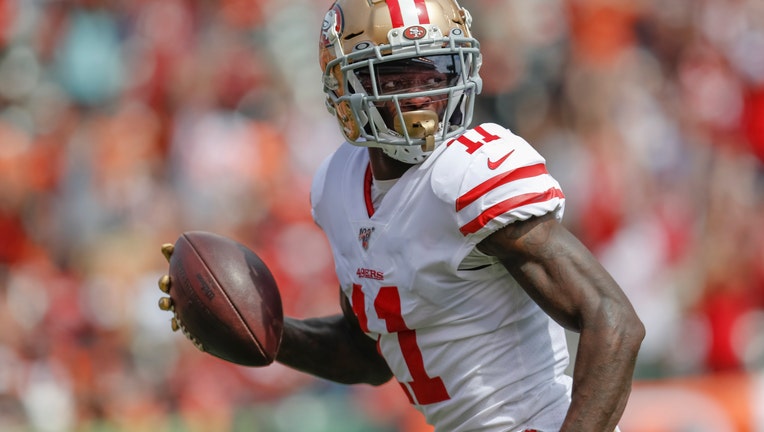 PHILADELPHIA - One of the Eagles newly acquired wide receivers will opt-out of participating in the upcoming 2020 NFL season due to COVID-19 concerns.

NFL.com's Ian Rapoport was first to report that Marquise Goodwin informed the Eagles of his plans to opt-out of the season.

The Eagles acquired Goodwin, known for his speed, in a trade during the NFL Draft.

Goodwin, 29, was expected to bring another veteran presence as a member of the Eagles rebuilt receiving corps.

Goodwin becomes the latest of a number of NFL players who have announced intentions to opt-out of the season in recent days. The New England Patriots reportedly have six players opting out, including starters Patrick Chung and Dont'a Hightower.

NFL Commissioner Roger Goodell announced in an open letter published on Monday that the league’s preseason games have been canceled due to concerns over the ongoing coronavirus pandemic.

“The NFL in 2020 will not look like other years," wrote Goodell, adding his belief that COVID-19 is expected to continue to "present a major challenge to nearly every area of American life."

"Players and coaches will be tested for the virus regularly, including every day for a while. Preseason games have been canceled," Goodell wrote.

The commissioner added that the NFL will have to get used to a new set of guidelines in the pandemic era, stating that players and coaches will be regularly tested for the novel coronavirus, “including every day for a while.”