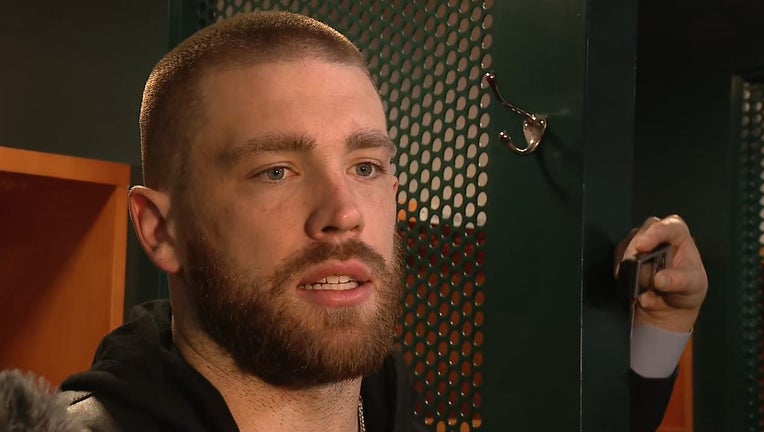 Ertz, Philadelphia's leading receiver, caught two passes for 44 yards in a 17-9 loss to Seattle on Sunday.

"I wanted to play for this city," Ertz said. "I knew if there was a chance and I didn't play, I couldn't look my teammates in the eye knowing that I could have played and helped them out."

Ertz injured his ribs early in a win two weeks ago against Dallas and was examined in the locker room. Ertz got wrapped up and returned to the lineup for the final drive of the first half and stayed in the game. He also suffered a kidney injury in the game.

"After the game, I went to the bathroom and there was some blood in the urine," Ertz said. "The medical staff here rushed me to the hospital, where it was determined that I had a kidney injury."

Ertz said he stayed at the hospital for several hours before he was released. Ertz was not cleared and sat out the regular season finale against the Giants.

Ertz said his kidney had healed "rapidly, remarkably" and there was no additional risk to play Sunday. He declined to say if the kidney was lacerated.

He had 88 catches for 916 yards and six touchdowns for the NFC East champions.