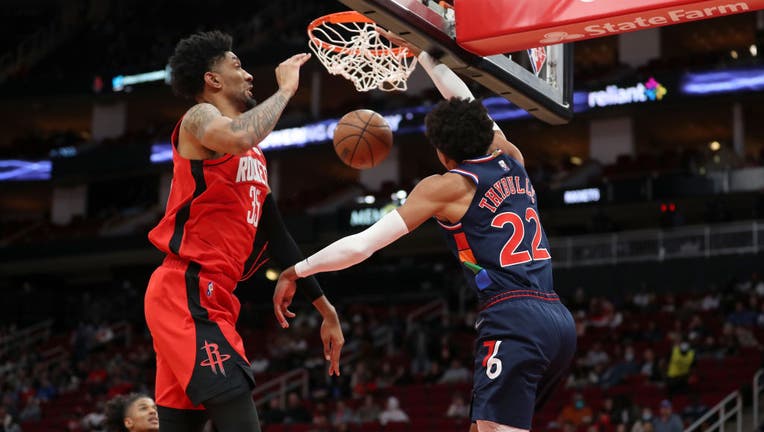 HOUSTON, TEXAS - JANUARY 10: Matisse Thybulle #22 of the Philadelphia 76ers dunks the ball in front of Christian Wood #35 of the Houston Rockets in the second half at Toyota Center on January 10, 2022 in Houston, Texas. NOTE TO USER: User expressly a

PHILADELPHIA - Joel Embiid had 31 points and eight rebounds to lead the Philadelphia 76ers over the Houston Rockets 111-91 Monday night for their seventh straight win.

Embiid turned in his seventh straight 30-point game and also had six assists. He was 9 of 16 from the field and made all 13 of his free throws.

He’s the second player in NBA history to score exactly 31 points in four straight games. Bob McAdoo was the first to do it for the Buffalo Braves in November 1973. Embiid entered Monday averaging 26.8 points per game, sixth in the NBA.

Philadelphia has the longest winning streak in the Eastern Conference and the second-longest run in the NBA behind Memphis’ nine-game string.