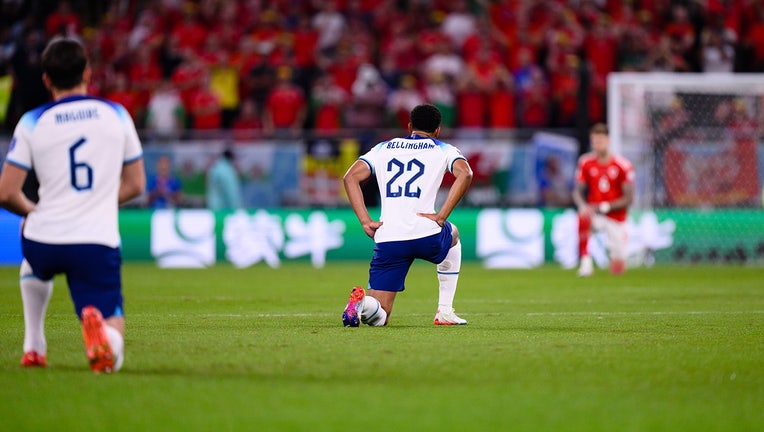 DOHA, Qatar - The players for both England and Wales took a knee before their final World Cup group game on Tuesday.

The teams made the gesture as a sign of solidarity in the fight against discrimination.

England and Wales were among seven European nations that had intended to have their captains wear "One Love" armbands in support of inclusivity at the tournament in Qatar. But they had to abandon those plans after FIFA threatened sporting sanctions for any captain that wore them.

England coach Gareth Southgate said his players would take a knee at the start of the tournament. The team did it at all three Group B matches in Qatar. Wales only did it Tuesday.

"We feel this is the biggest and we think it’s a strong statement that will go around the world for young people, in particular, to see that inclusivity is very important," Southgate said.

Later in the match, Marcus Rashford and Phil Foden both scored to put England into the last 16 of the World Cup with a 3-0 victory.