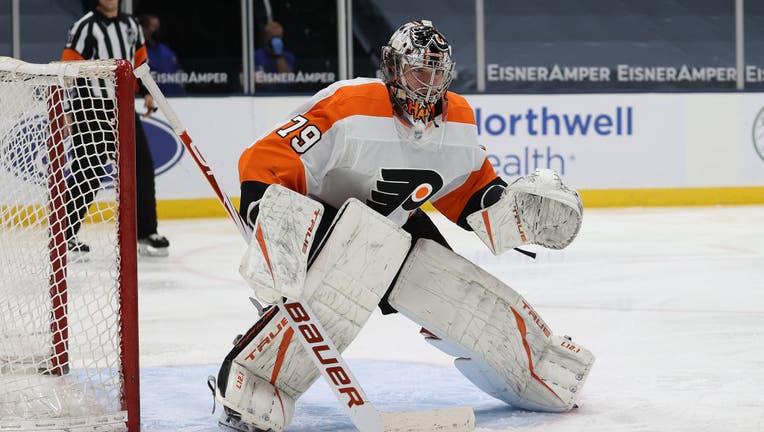 The 22-year-old Hart was a restricted free agent, and coming off a season in which he struggled maintaining the starter’s job in his third season with the team.

Hart’s numbers plummeted in finishing with a 9-11-5 record and a 3.67 goals-against average in 27 appearances, including 25 starts. He allowed four or more goals 13 times, and missed the final 12 games with a sprained left knee. That was a significant drop-off from his previous season in which Hart went 24-13-3 in helping the Flyers finish fourth in the Eastern Conference standings.

His struggles last season were part of a second-half collapse in which the Flyers won 13 of their final 36 games and missed the playoffs by finishing sixth in the East Division standings.

Flyers general manager Chuck Fletcher was careful to spread the blame for Philadelphia’s defensive struggles as a team issue, and not limited to goaltending. Fletcher has made a significant bid to retool the Flyers' defense by acquiring defenseman Rasmus Ristolainen and Ryan Ellis in separate trades last month.

Hart will have competition for the starting job this season after the Flyers signed former San Jose Sharks starter Martin Jones in free agency last month.

Hart was a two-time Canadian Hockey League goalie of the year, and was selected by Philadelphia in the second round of the 2016 draft.