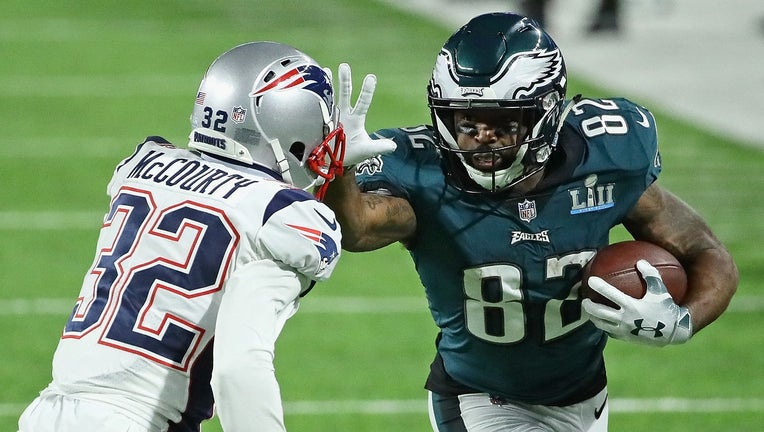 Smith announced his retirement in a video posted on The Uninterrupted's twitter account titled "Dear Football." In the video, Smith thanks football for teaching him life lessons and reflects on the relationships and memories made because of the sport.

"As I look back, I can honestly say that this 18 year journey with you (football) has been life changing. Full of ups and downs, laughter and tears, plenty of highs and lows," Smith said.

The 30-year-old played just one year for the Eagles, but his lone season in Philadelphia helped contribute to the franchise's first Super Bowl victory.

Smith spent the first four seasons of his career with the Baltimore Ravens after the team selected him with the 58th overall selection in the 2011 draft. With Baltimore, Smith won a Super Bowl and currently has the third most recieving yards in team history. He also made stops in San Francisco and Carolina.

Smith plans to focus his post-playing life to work with his foundation.

"Rememer, football is what I did, it's not who I am," Smith said. "I'm looking forward to using the platform you've give me to continue to serve my true purpose: Changing my community for the better."