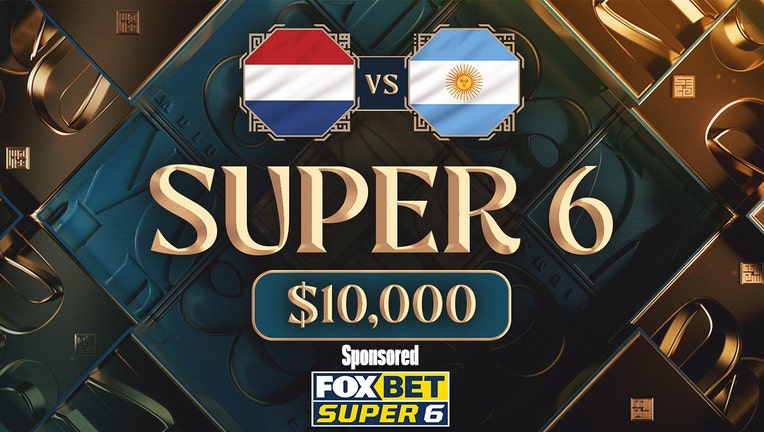 And that's because the incredible Netherlands-Argentina match taking place in Qatar this Friday is a rematch of the 2014 World Cup semifinals.

This time around, though, the two are meeting in the quarterfinals instead of the semis, but the stakes are still high — especially because this tournament will be Lionel Messi's last hoorah.

Messi has dominated soccer with his excellent talent since he made his debut as a competitive soccer player in 2004. But the World Cup trophy is the one piece of hardware that has eluded Messi's greatness. If Leo can win the Cup in Qatar, he can add the last bit of icing to his already phenomenal career.

But the Netherlands has revenge on the mind, which makes Friday's match even more thrilling. Back in 2014, it was this Argentina team that bounced them from contention in the semifinals, dashing the country's hopes to take home the top honor in Brazil. Are the Dutch well-positioned to avenge this loss?

With so much history and so many fascinating storylines between the Netherlands and Argentina, it's only right we give you a chance to get in on the fun, too. And that's where the FOX Bet Super 6 challenge comes in!

FOX Bet Super 6 is a free-to-play contest where you pick six different outcomes from the marquee matchup between the Netherlands and Argentina for a chance to win $10,000. Just download the FOX Bet Super 6 app on your phone or mobile device, make your picks and submit your selections before the match kicks off.

It's easy, it's fun to play and more importantly, it's FREE!

This match gets underway on FOX and the FOX Sports app Friday at 2 p.m. ET.

If you answer all six questions and correctly predict all six outcomes, you could start your weekend with an extra $10K in your bank account.

Before you open up the Netherlands-Argentina contest and get in the game, here's a preview of the questions that you'll find in the app AND a prediction at the end!

Question 1: Which team will have more offsides and how many will they have combined?

Question 2: Which team will have the first card shown and in which minute?

Question 3: Which team will have the first goal and in which minute?

Question 4: Which team will have more corners and how many corners will there be combined?

Question 5: Which team will have more total shots and how many will they have?

Question 6: Who will win and what will the score be (PK = Win in Penalties)

La Albiceleste are favored to win this fascinating match, but it very well could end in a draw.

The Dutch have earned a reputation for being a stingy bunch on defense. As a matter of fact, they've had an incredible run so far in Qatar. They've overcome Senegal (0-2), Qatar (0-2) and drew with Ecuador (1-1). Their most notable match in this year's Cup, though, was their 3-1 toppling of the USMNT.

While Argentina is the favorite, the team's run in this tournament hasn't been as sparkling as its opponents'. The South American squad was upset in their opener to Saudi Arabia in one of the most shocking World Cup matches in history. La Albiceleste got back to their winning ways against Mexico and Poland, but the rest of the competition now knows two things: Argentina can be defeated or at least taken to the limits in a scoreless draw. And that's even with the great Lionel Messi leading the charge.

So are you ready to win $10,000? Open your FOX Bet Super 6 app and make your selections before Friday's game starts.

And remember, you can watch all the action of the Netherlands and Argentina right here on FOX this Friday at 2 p.m. ET/11 a.m. PT.

Download the FOX Bet Super 6 app for your chance to win thousands of dollars on the biggest sporting events each and every week! Just make your picks and you could win the grand prize. Download and play today!