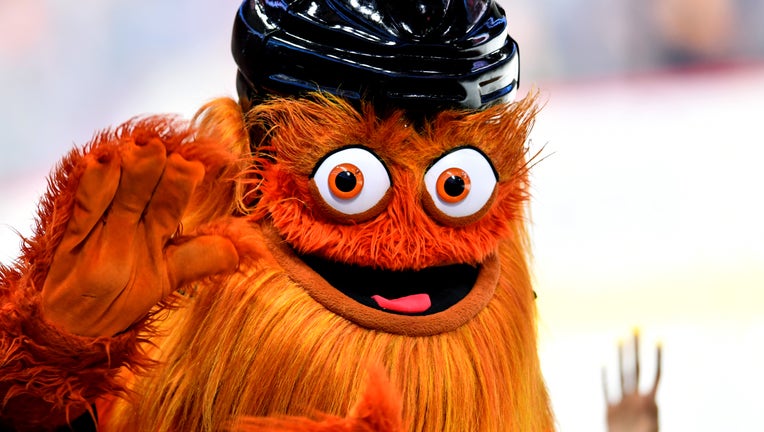 PHILADELPHIA, PA - MARCH 11: Flyers mascot Gritty waves to fans during the game between the Ottawa Senators and Philadelphia Flyers on March 11, 2019 at Wells Fargo Center in Philadelphia, PA. (Photo by Kyle Ross/Icon Sportswire via Getty Images)

The 5k invites "anti-runners" to put on their "finest Gritty regalia" to either crawl, walk, or, if they absolutely must be "try-hards", run the course.

Afterwards, the event will turn into a festival into a party. What kind of party? Apparently, it is up to you.

"Block Party. Gritty Worshipers convention. Whatever you want to call it," Gritty invites you to enjoy lots of "orange stuff", games, tunes, friends and all things Flyers hockey.

"If the fur ain't flyin', you ain't tryin'," Gritty writes in the release that makes it very clear that this course is designed for those that want to have the most fun by doing the absolute least work possible.

To find out more information about how to get Gritty with it for this 5K, be sure to visit the Flyers Charities website.