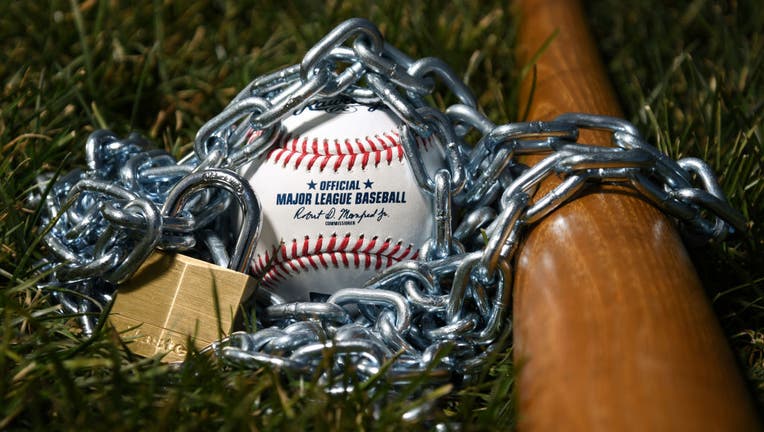 NEW YORK - On Monday, the Major League Baseball Players Association (MLBPA) is expected to counter the offer presented by league owners a week and a half ago.

The owners locked out the players on Dec. 2, 2021, after the two sides failed to reach a new collective bargaining agreement (CBA). Once the lockout began, the two sides didn’t speak for 42 days.

But now that the work stoppage has lingered long enough to jeopardize the start of spring training (Feb. 16) and the regular season (March 31), it’s become imperative for the two sides to ratify a CBA soon.

A deal would need to be ratified by late February or early March to allow for the minimum time for training ahead of the regular season.

Players have felt like their share of league revenue hasn’t kept pace with the income pulled in by the owners. MLB payrolls dropped 4% in 2021 compared to the league’s last full season in 2019.

Players are hoping to see that threshold lowered, allowing them to become free agents while younger and more valuable. They also want to see a designated hitter (DH) added to National League rosters, which players hope will secure a job for a veteran.

In their last proposal, the owners stood firmly against altering free agency eligibility. They did, however, offer to reward a team with an additional draft pick if a player not yet eligible for arbitration has a high finish in reward voting — incentivizing owners to teams to call up MLB-ready prospects from the minor league.

Owners also offered to raise the league’s luxury tax threshold to $214 million. That’s a $4 million increase from where it currently stands, but a long way from the $245 million the MLBPA asked for.

The two sides are in agreement on the addition of a DH to the National League. And both sides are open to having an NBA-style draft lottery that would disincentivize tanking and encourage owners to field more competitive squads.

Even so, they disagree on where to cap the lottery. The owners would cap it at the top three picks while the players want it capped at the top eight.