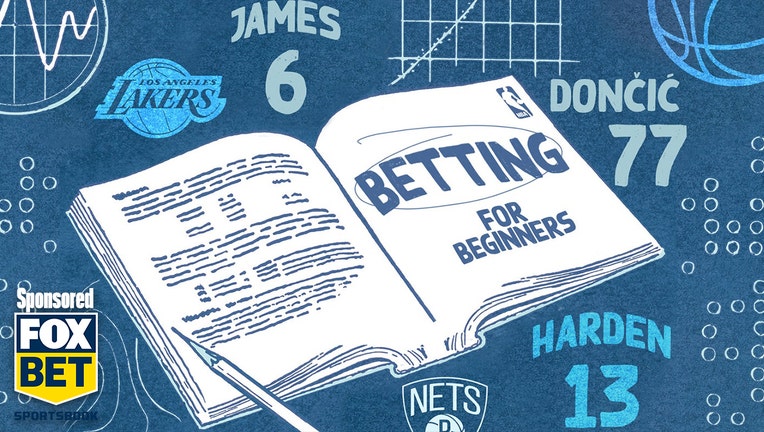 Betting the National Basketball Association is not for the faint of heart.

It's a roller coaster league where superstar players have all the power, storylines flow from all directions, and there are many moving parts. This ambiguity makes the NBA an extremely tough league to wager on.

Back-to-backs, load management, minute restrictions, and injuries are just the beginning in a league where no lead is safe, and a buzzer-beater off the backboard to cover the spread is often a possibility.

There aren't many people that follow the league as closely as VSiN senior NBA analyst Jonathan Von Tobel does.

"Patience is the biggest key," Von Tobel told FOX Sports. "It's a very volatile sport, especially in the regular season. It's about large sample sizes of data when it comes to betting. You don't want to dive in and out randomly. It's going to be hard to find continued success if you're betting a random Tuesday game, then firing a dart on a primetime Thursday night game the following week.

"It's about consistently checking injury reports every single day. It's about being on top of information, lineups, and matchups. It's a night-to-night grind, so it's tough to jump in and out. Basketball games are so chaotic. Anything can happen over the span of 48 minutes and 110 possessions. Patience and consistency are absolutely paramount."

Von Tobel takes the day-to-day grind very seriously. In an age where information is everything, he implores people looking to bet their hard-earned money to have all the facts in order.

"I have reminders set in my phone for injury reports," Von Tobel explained. "Those are updated consistently and three times a day. 10:30 am (Pacific), 2:30 pm, and 5:30 pm. Twitter is a valuable resource, too. I have my TweetDeck with a column of all NBA beat writers who get information out quicker than the actual team websites.

"I would also say if you're trying to get serious, listen to press conferences after games, especially when teams have back-to-backs. More times than not, coaches will disclose who they expect to play the next day. Sometimes you get all the information you need from those."

A team that will be worth monitoring extra closely this season is the Los Angeles Lakers. Given the age and tire tread on some of those Laker veterans, you'll want to stay up to speed on who's in and who's out of the lineup daily.

And please understand you're already paying a premium on the Lakers for multiple reasons. First off, the legacy and popularity of the organization just magnetically attract betting dollars. Combine that with the star power of LeBron James, Anthony Davis, Russell Westbrook, and even Carmelo Anthony, and you're rarely going to get a bargain price betting on that bunch.

"For right now, the Lakers are a bet-against team or pass for me," Von Tobel stated. "You saw it Tuesday night when the market bet Golden State down from +5 to +3.5. Injuries are an issue. Trevor Ariza is going to miss the first month, so they're taxed on the wing. There's not much depth there. Kendrick Nunn and Wayne Ellington are already dealing with injuries, and those will be key role players for them as the season goes on.

"Not only do you have the overvalued nature of having 'Lakers' written across the chest, but you also have injuries and a brand-new system that they're breaking in with Westbrook. They'll be overvalued quite a bit, especially in those standalone games against contending teams.

"Remember, they were the third-worst cover team in the NBA last season. They're such a public team, and you're usually going to get inflated numbers betting into them."

You likely won't make money year-over-year on inflated teams like the Lakers and Warriors in the regular season because of all the market inflation you have to overcome. But in a weird, roundabout way, those two squads are still the ones with the best odds to win the Western Conference.

Los Angeles (+175 at FOX Bet) and Golden State (+450 at FOX Bet) just aren't concerned with regular-season standings. Their superstars won't log big minutes in the dog days of winter because being healthy for the postseason is all that matters to most teams with championship aspirations.

That's life in the modern-day NBA.

"The Lakers and Warriors have bigger fish to fry," Von Tobel said. "Just get through the regular season and get into the playoffs. Los Angeles and Golden State would be content with a top-four or five seed. The teams that are the try-hard teams are the try-hard teams for a reason. There are clear flaws on their rosters, and they want the luxury of home-court advantage."

Another team that will be extremely tough to peg this season is the Brooklyn Nets. I don't expect Kevin Durant to play anywhere near 82 games — because he never does — and who the hell knows what's going on with Kyrie Irving?

But that doesn't mean there isn't money to be made on Brooklyn.

"One of my favorite candidates for the MVP is James Harden (+1400 at FOX Bet)," Von Tobel analyzed. "There was a narrative that popped up last year that Harden is injury-prone. That's not the case. When he was in Houston, he played over 87% of his games. He's an iron man with an extremely high usage rate. He's going to be the main guy for the Brooklyn Nets."

"That's not to say that Harden is better than Kevin Durant, but Durant is going to miss time. He's probably not going to play in back-to-backs again. The medical staff will be cautious with him if there's any tweak or pull, just like last year. Brooklyn will be on Harden's shoulders, and he's an extremely viable and legitimate candidate to win the MVP."

He's got no issue betting on teams like the Hornets, Kings, or Pacers. They aren't winning a championship anytime soon, but you have a better shot of getting to the window with teams that the betting market undervalues.

"I'm very high on the Minnesota Timberwolves," Von Tobel admitted. "If you go back to last season when they fired Ryan Saunders in the middle of the year and hired their next coach – Chris Finch – there were immediate changes. Minnesota's offensive rating went from 106.4 under Saunders to 112.9 under Finch to end the year.

"When D'Angelo Russell and Karl-Anthony Towns were on the floor together, they were great. And Malik Beasley was outstanding when he played with that duo. The Timberwolves were banged up last year, but now they're healthy and ready to go. Finch has fully implemented his system through the offseason, and I expect them to be a very undervalued team. I loved their win total "Over" 34.5, and you can still get them around 6-to-1 to make the postseason.

"I'll be betting the Timberwolves until I feel the market has caught up."