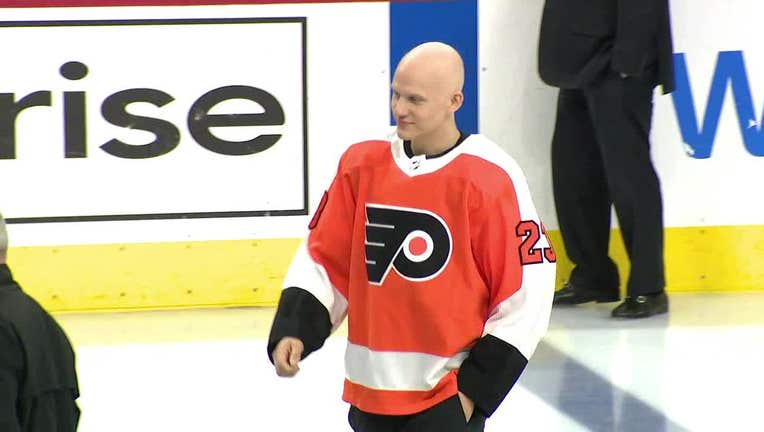 The Philadelphia Flyers announced Wednesday left wing Oskar Linblom will remain with the Flyers, extending his contract by three years, with an average annual value of $3 million.

Lindblom was diagnosed with Ewing’s sarcoma in December 2019. He finished his treatments on July 2 and it was determined by his doctors that he is cancer free, at this time.

"I am very excited to be a part of the Flyers for the next three seasons," said Lindblom. "The support that the organization, the fans, and the entire NHL has given me has been quite overwhelming. I can't wait to get back skating with the boys and being the professional hockey player I know I can be.”

While receiving treatments, Linblom was a constant presence in the locker room and at games.

Lindblom is a native of Sweden and was selected by the Flyers in the fifth round in the 2014 NHL Entry Draft. He signed his first deal with the Flyers in May of 2017.