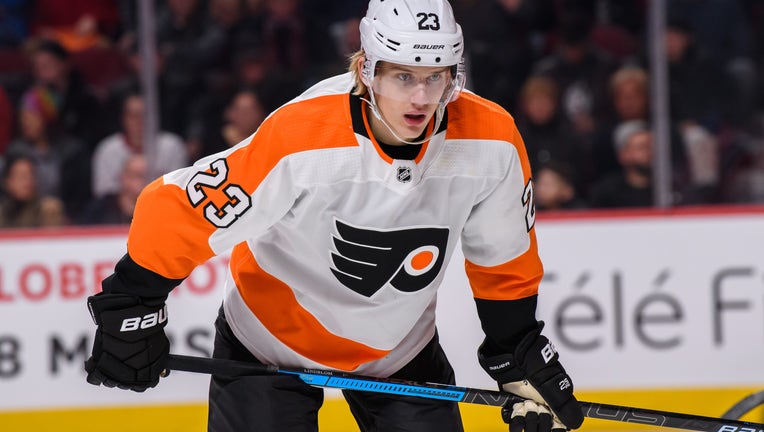 PHILADELPHIA - The Philadelphia Flyers announced Friday that 23-year-old forward Oskar Lindblom has been diagnosed with Ewing's sarcoma, a rare form of bone cancer.

Lindblom, who is tied for the team lead in goals, was placed on the injured list Wednesday with an upper body ailment. The team says a leading specialist from the University of Pennsylvania made the diagnosis.

Lindblom will reportedly undergo further evaluation and testing next week and being treatment immediately following. He is not expected to play for the remainder of the season.

"The Flyers will do everything possible to support Oskar and assist him in securing the best care available," Flyers President and General Manager Chuck Fletcher said.

Lindblom, who was drafted by the Flyers in 2014, enjoyed a promising rookie season in 2018 and was on pace to score 30 goals this year.

Several players, personalities and teams from around hockey and the Philadelphia sports community extended well wishes for Lindblom on twitter.