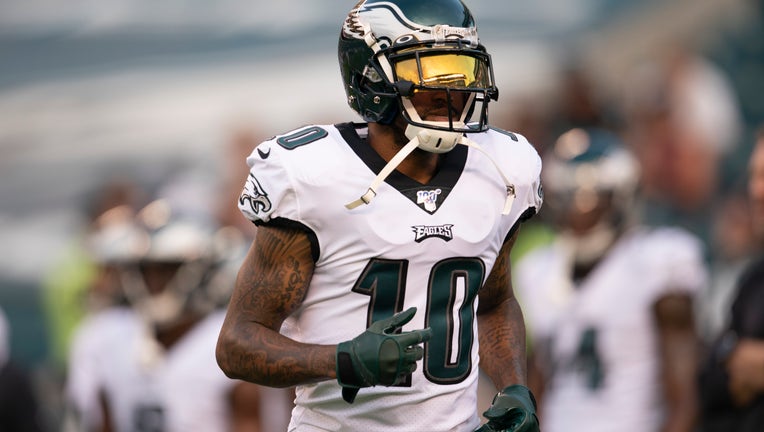 PHILADELPHIA, PA - AUGUST 22: DeSean Jackson #10 of the Philadelphia Eagles warms up prior to the preseason game against the Baltimore Ravens at Lincoln Financial Field on August 22, 2019 in Philadelphia, Pennsylvania. (Photo by Mitchell Leff/Getty I

This new does not come as a shock. Jackson, along with fellow wide out Alshon Jeffery, departed last weekend's 24-20 loss against the Atlanta Falcons with a groin injury.

Reports earlier this week indicated Jackson would miss at least one week and could miss the Bird's Thursday night game in Green Bay.