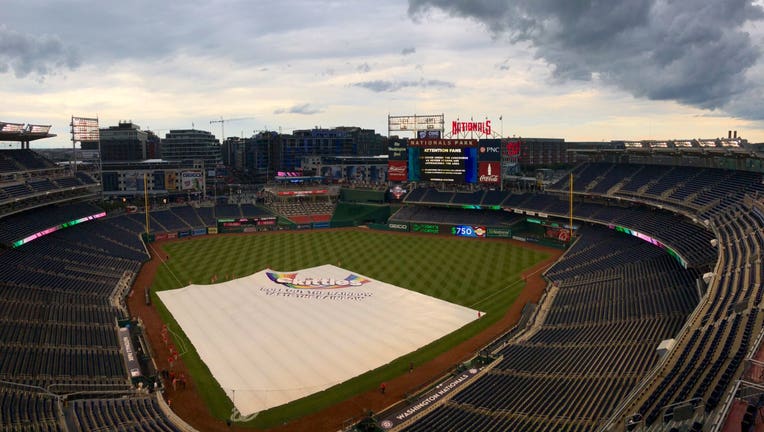 WASHINGTON - The Philadelphia Phillies and the Washington Nationals were rained out after a nearly two-hour delay on Tuesday, the teams' second washout in two nights.

Neither team immediately finalized its pitching plans for Wednesday, which will now feature the first two games of a three-game series.