PHILADELPHIA - The Phillies finally got their shortened regular season underway Friday in an empty stadium due to the coronavirus pandemic.

Aaron Nola, who missed some of camp due to coronavirus precautions, took the mound when the team faces off against the Miami Marlins. 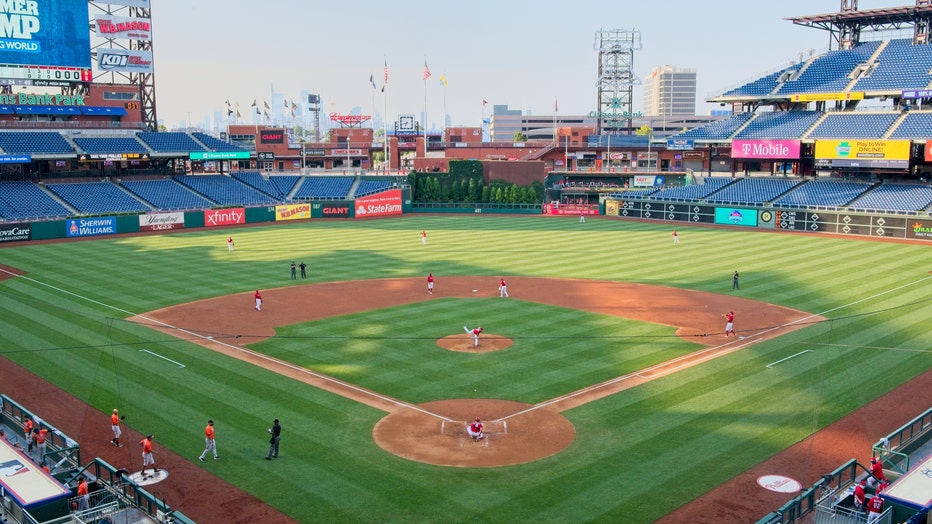 The three-game series will mark the start of their shortened season, in which the team will play 60 games against teams in the National League East and American League East.

Last season, the Phillies were in strong position to win the NL East or earn a wild-card berth in each of the last two seasons under Gabe Kapler before September collapses.

They're hoping new manager Joe Girardi, a man quite familiar with postseason success, can help them overcome any slumps during their shortened season.

Girardi is looking to guide the team to its first winning season and first postseason appearance since 2011.

It won’t be easy in a division that features defending World Series champion Washington, Atlanta, and the New York Mets.

Shortstop Didi Gregorius and right-hander Zack Wheeler were the team’s most significant offseason additions. But Girardi and new pitching coach Bryan Price could be instrumental in getting a talented roster to fulfill its potential.

Wheeler is expected to take the mound against the Marlins on Saturday after he and his wife welcomed their first child to the world on Monday night.

The Phillies and Marlins will kick off the season at 7 p.m. Friday. You can watch the game on NBC Sports Philadelphia.

Phillies Manager Joe Girardi commented on some of the pros of the shortened season.