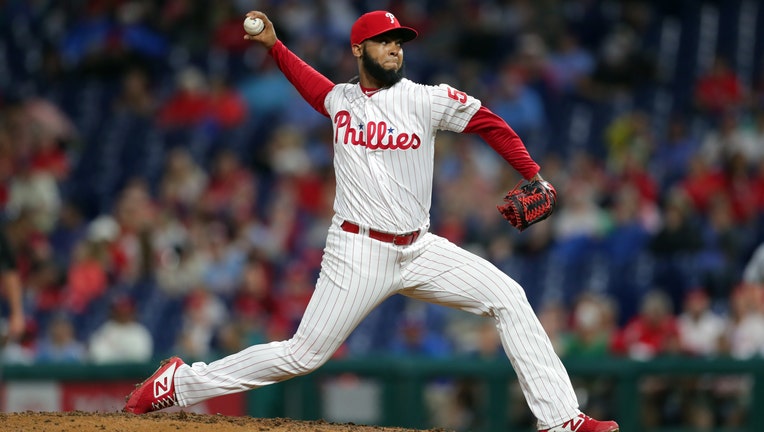 PHILADELPHIA, PA - MAY 28: Seranthony Dominguez #58 of the Philadelphia Phillies throws a pitch in the eighth inning during a game against the St. Louis Cardinals at Citizens Bank Park on May 28, 2019 in Philadelphia, Pennsylvania. The Phillies won 4

According to MLB.com's Todd Zolecki, right handed reliever Seranthony Dominguez has suffered damage to the ulnar collateral ligament in his right elbow. Such an injury often time is a precursor to Tommy John Surgery. Dominguez will reportedly seek a second opinion.

The 24-year-old has taken a step back this season, following a stellar rookie campaign during which he struck out 74 batters in 58 innings.