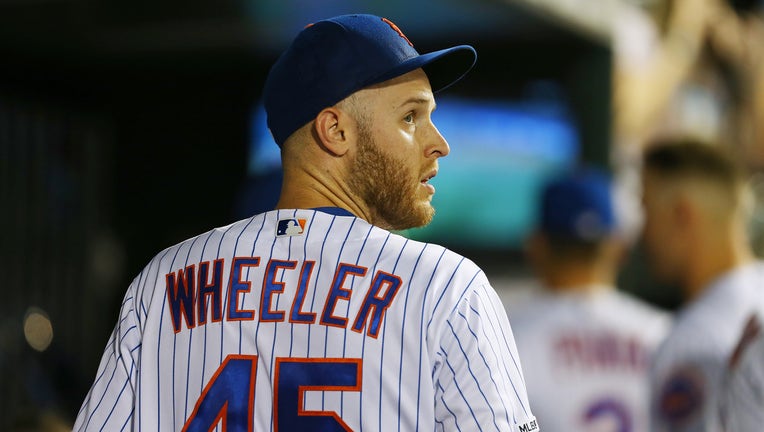 Zack Wheeler #45 of the New York Mets in action against the Los Angeles Dodgers during of a game at Citi Field on September 15, 2019 in New York City. (Photo by Rich Schultz/Getty Images)

PHILADELPHIA - As we get closer to Christmas, kids everywhere are making their lists for Santa… and so are Philadelphia Phillies fans.

The good news is that the Phillies look like they have addressed that need by reportedly signing Zack Wheeler to a 5-year contract worth 118 million dollars.

Let’s break down what crossing this off the wish list really means.

The Phillies are obviously familiar with Wheeler, who has been with the Mets up until now, playing in the NL East.

Wheeler had Tommy John surgery back in 2015 and has previously dealt with a slew of injuries.

Looking at his stats from last year, specifically the career-high 195 strikeouts, he is bringing in a big fastball and good consistency.

The second item on the Phillies wish list should be bullpen pitching. Really, that should be items 2-10 on their list.

On the bright side, the team is addressing what they need now and they will play the dating game with guys like Gerrit Cole and Stephen Strasburg.

In the meantime, they are locking down realistic and necessary pieces.