What changed? For starters, there are a couple bamboo plants in clubhouse.

"It's Philly typical, this is Philadelphia fan superstition at its best," says Bill Watkins. 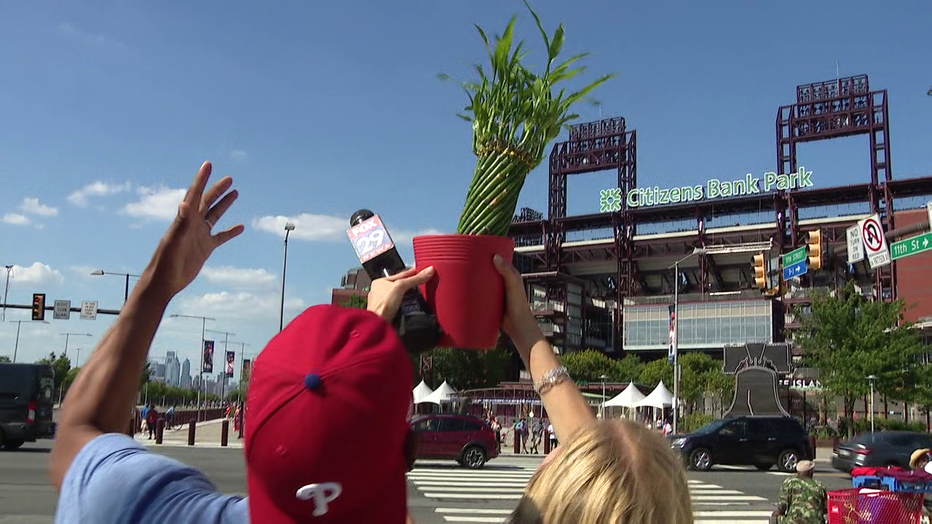 Now, the Phillie Phanatic has one. On Thursday, when the Phils were down three to one in the 9th inning, we at FOX 29 had to take matters into our own hands and bring a plant to the stadium.

When we got there, they tied it up. When we brought the bamboo plant out, the Phillies won!

The superstition or good luck charm is not new to Philly sports. Most recently, Eagles fans started wearing dog masks and the Sixers have to ring the bell before every game.

If you think bamboo isn't catching on just yet, think again.

Staff at Rush Order Tees in Northeast Philly say their phones have blown up over orders for bamboo plant T-shirts. So far they created T-shirts that say "The Great Bamboo" and "Trust the Bamboo."

Can we really trust it? We'll find out in Florida. Let's just hope they pack one.