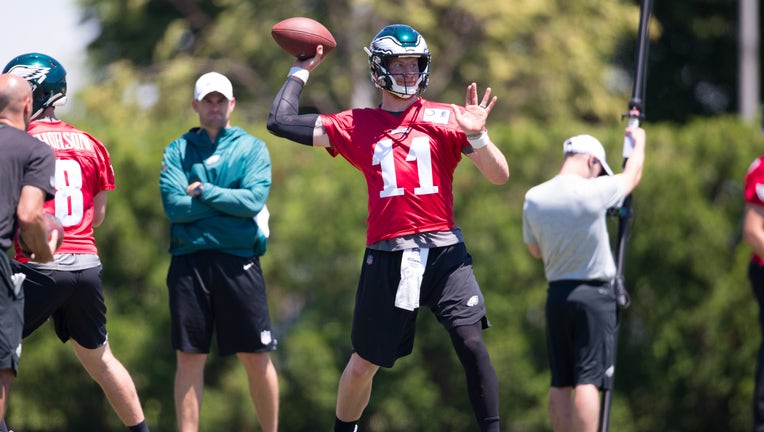 Carson Wentz #11 of the Philadelphia Eagles throws the ball during mandatory minicamp at the NovaCare Complex on June 11, 2019 in Philadelphia, Pennsylvania. (Photo by Mitchell Leff/Getty Images)

PHILADELPHIA - While we are still a short while away from the Eagles Sept. 8 opener against the Washington Redskins, fans can get excited as the Birds return to the practice field Thursday.

Rookies and veterans reported to the NovaCare Complex Wednesday with smiles on their faces.

Among the veterans who reported Wednesday was veteran running back Darren Sproles, who made his return to the team official by signing his new one-year-deal.

The Eagles will play their first preseason game at home on Aug. 8 against the Tennessee Titans. Then they’ll hit the road to play against Super Bowl LII MVP Nick Foles and the Jacksonville Jaguars on Aug. 15.