FOX 29's Brad Sattin spoke with residents dealing with the aftermath of a powerful storm that moved through the area Thursday night.

WARMINSTER, Pa. - Residents are in cleanup mode after a powerful storm rolled through the area Thursday night, leaving destruction behind.

"It was crazy out here," Julio Mattos told FOX 29.

Warminster, Bucks County, was one of the hardest-hit parts of our area with trees downed, homes damaged, power knocked out and multiple cars destroyed.

The National Weather Service confirmed straight-line winds with gusts of up to 110 miles an hour near Warrington and Warminster in Bucks County. 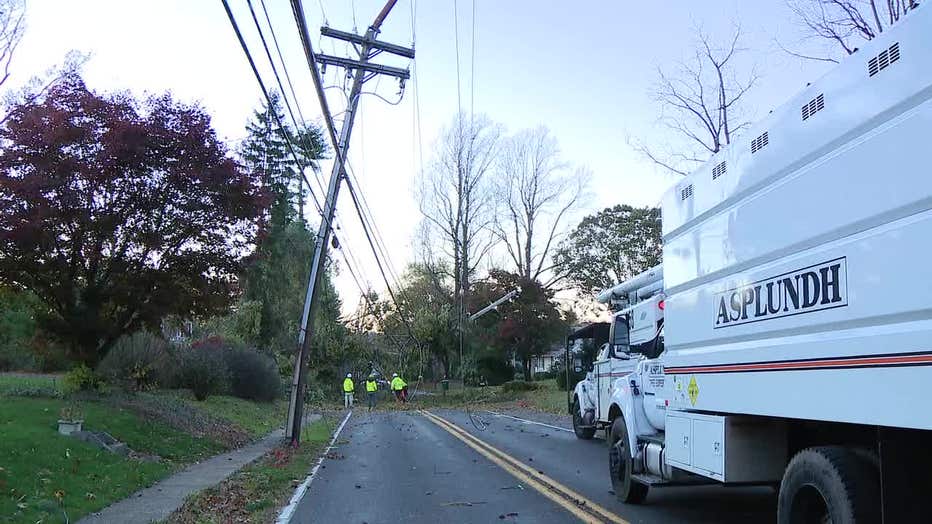 In Springfield Township, Montgomery County, Rick Chioto got the alert on the phone just in time to take cover with his fiancée and dogs.

"We just had enough time to get in the bathroom, lay on the floor," he explained. "As soon as we closed the bathroom door, we heard the roots ripping and it just hit. It was like a train"

Crews worked throughout the day on Friday to restore power. 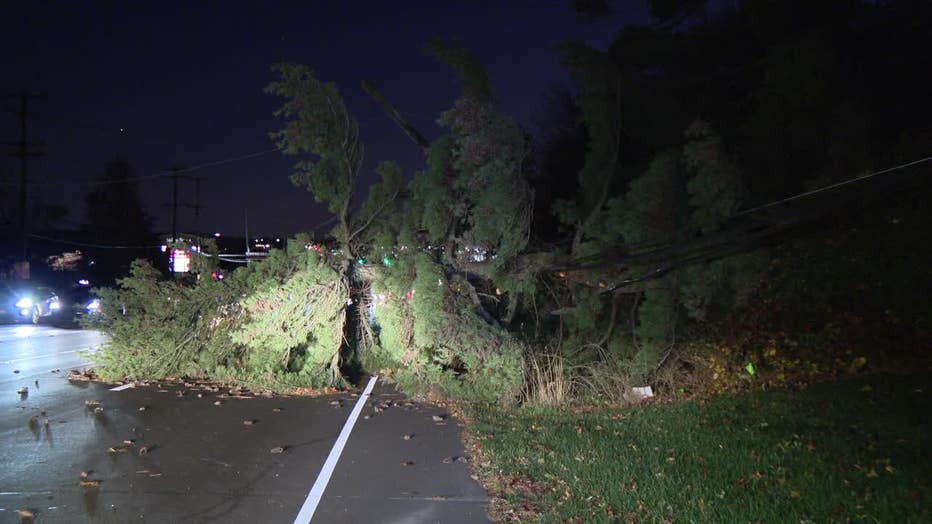 Bob Lineman says in his neighborhood, this was worse than Hurricane Sandy.

"Transformers were flashing off all over the place. This big one went, that big one went.  All the lights went out and then that was it," Bob Lineman said.

For the latest forecast, download the FOX 29 Weather Authority app.