Temperatures expected to dip down into the teens overnight.

PHILADELPHIA - Jack Frost has most certainly been nipping at noses all around the Delaware Valley as temperature reached a high of just 20 degrees to bring the coldest Christmas in more than two decades!

Of course, there is a benefit to this weekend's cold weather: a little White Christmas! Remnants of Friday's snow were still on some yards and on roofs in our region for Christmas Day. 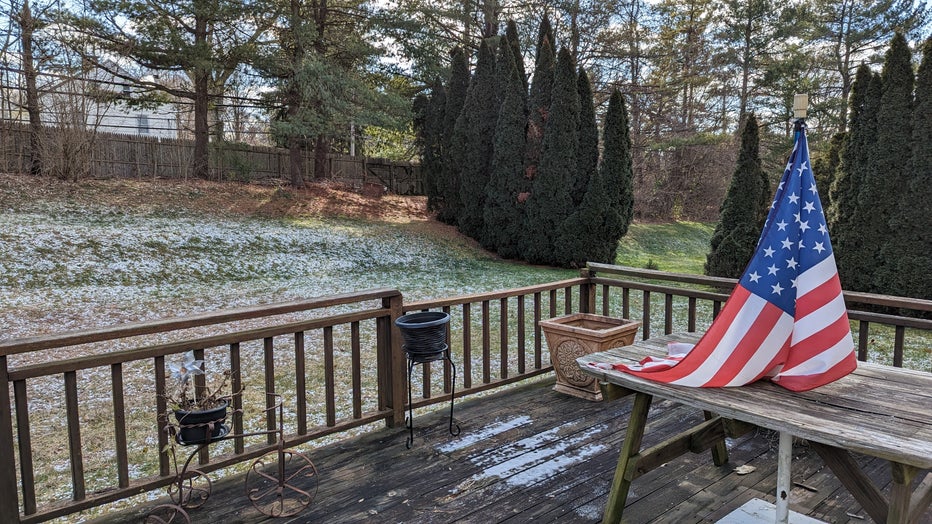 Some snow remains on the ground in Chester County on Christmas Day.

But, it turns out it's rare to have snow on Christmas, or a healthy amount of snow on the ground Christmas morning.

Weather averages, like average highs, are computed over a 30-year period to account for changes in our climate. Looking at weather records for the last 30 years, our shot of having snow on Christmas Day or an inch of snow still on the ground were pretty low: 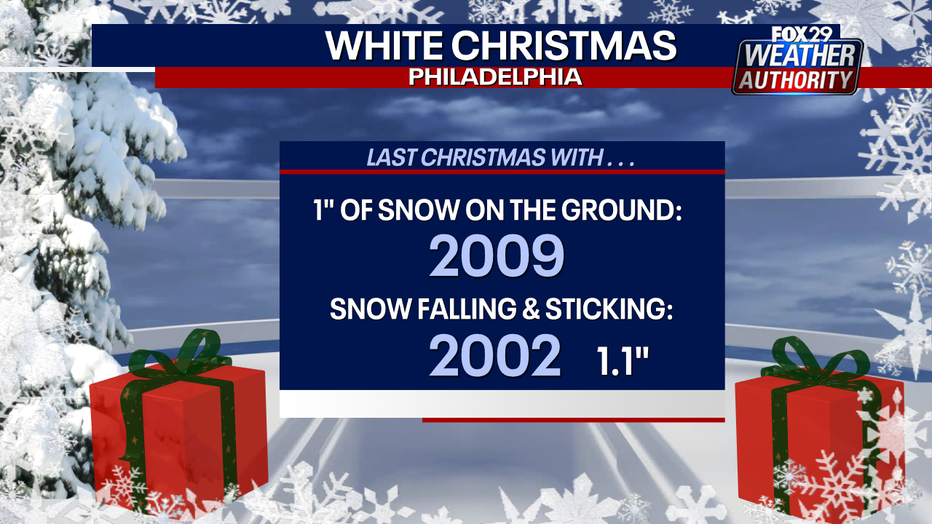 The National Weather Service that oversees Alaska took a closer look at Christmas snowfalls and Christmas Days with snow on the ground:

Of those 70 years, 13 of them had measurable snow falling on Christmas, or an inch of snow already on the ground.  If you count all those years, Philly's chance at getting a White Christmas is still around 20 percent. 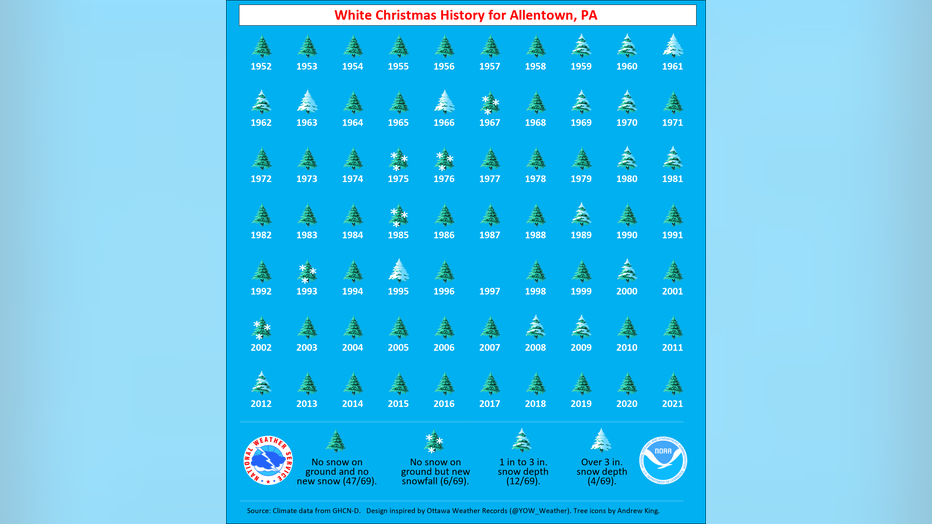 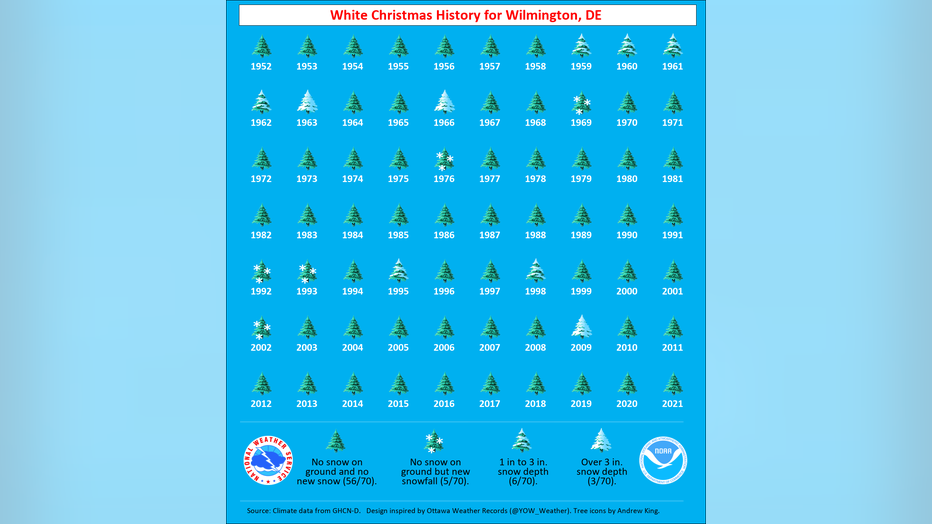 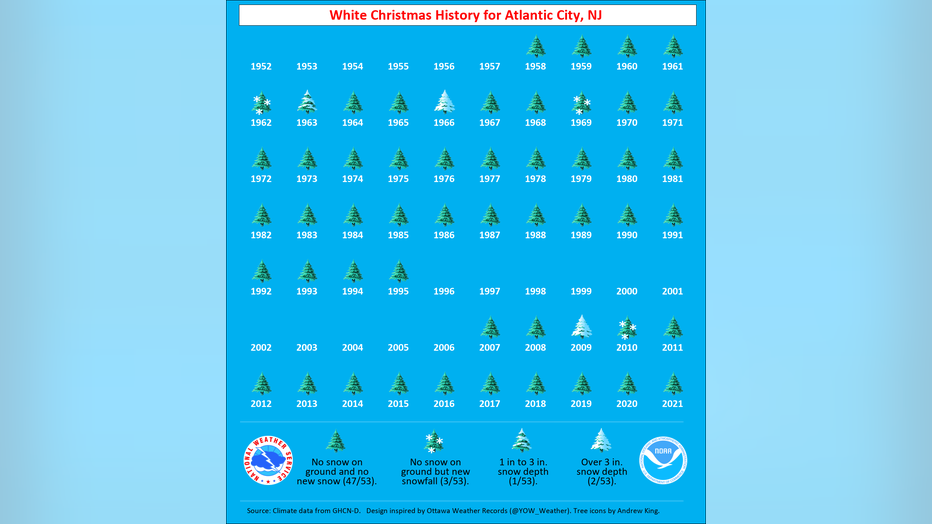 So, what's in store for the rest of winter?  Watch your Weather Authority's winter forecast.

What are the chances of a White Christmas in the Delaware Valley?

Sue Serio breaks down the odds of a White Christmas in the Philadelphia area as temperatures are forecasted to only be in the 20s that day. 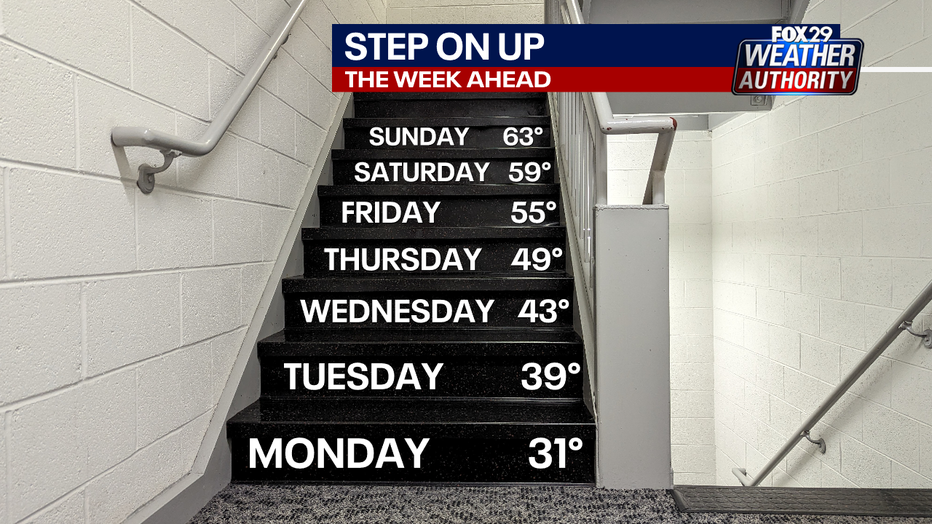