PHILADELPHIA - The storm reached the area late Thursday night, bringing heavy rain and gusty winds, and even prompted some tornado warnings in parts of New Jersey as it moved through early Friday morning.

Friday's early morning tornado warnings came as Elsa's center moved through southern parts of the Jersey Shore, where Tropical Storm Warnings had been in effect since Wednesday. The tornado warnings expired just before 4 a.m.

Elsa has been tracking up the East Coast and had been forecasted to arrive in our region starting Thursday night.

As of early Thursday evening, tropical storm warnings were in effect for more than 1,000 miles of the United States coastline from North Carolina to the Massachusetts-New Hampshire border. In our region, this includes the Jersey Shore and southern Delaware. 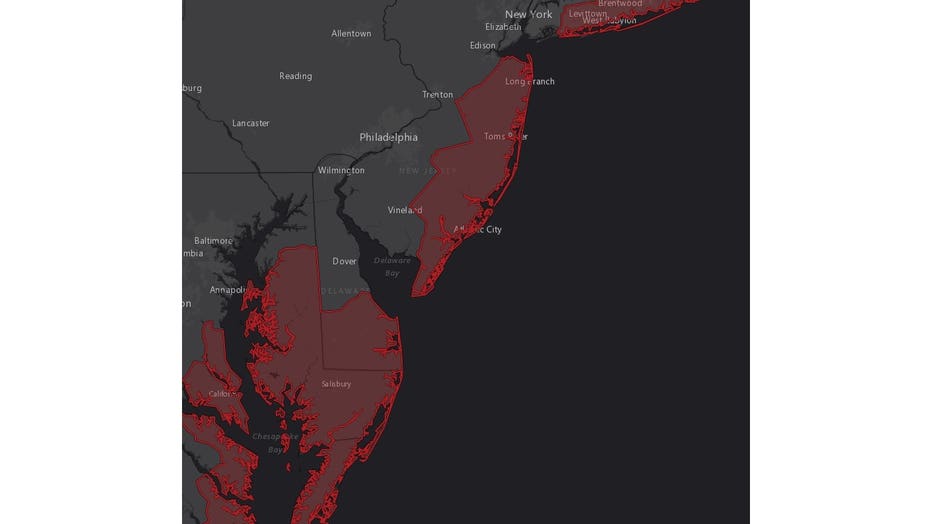 According to the NHC, tropical-storm-force winds (39-plus mph) were expected to spread northward and reach the Virginia coast late Thursday evening.

These winds were predicted to reach southern Delaware Thursday night and spread into the Jersey Shore overnight and into Friday morning. 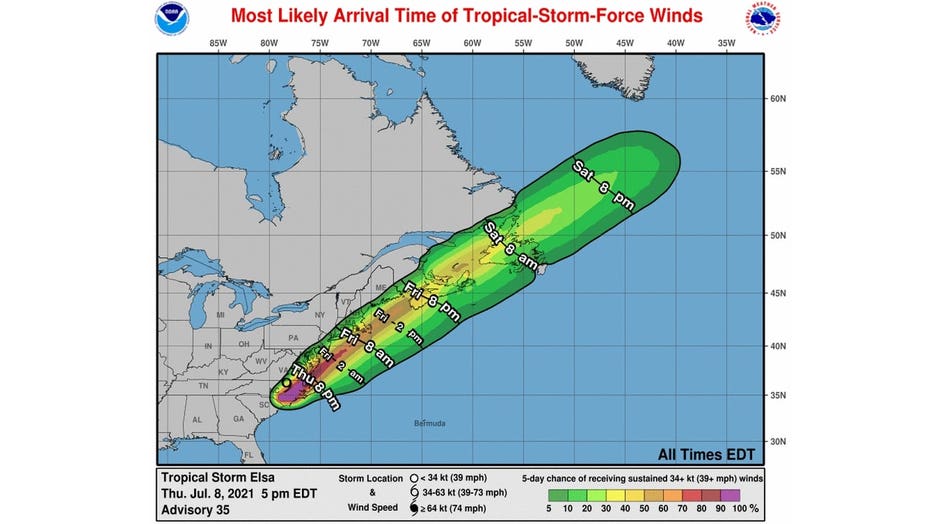 The NHC was forecasting 2 to 4 inches of rain, with isolated totals up to 6 inches, through Friday from eastern North Carolina into New England, including the Delaware Valley. This could result in flash and urban flooding in some areas, as well as isolated minor river flooding. 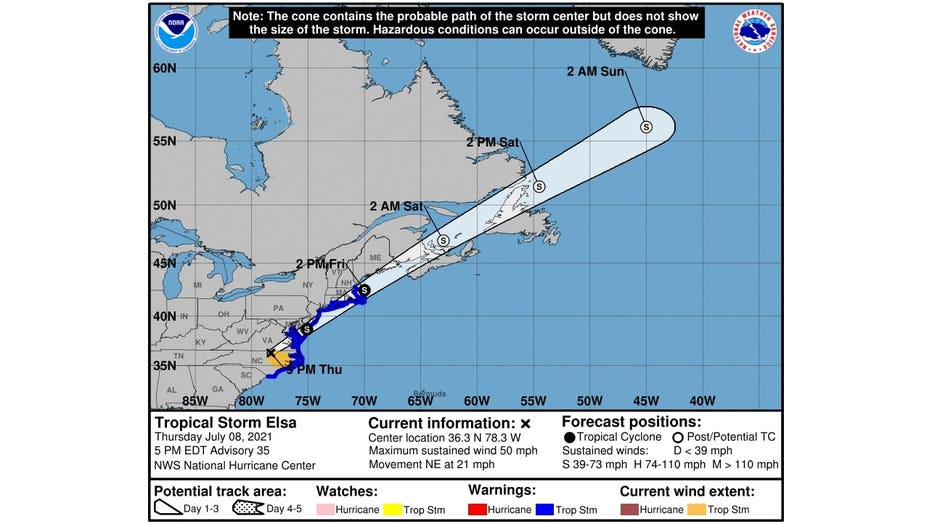 "We are forecasting a stripe of 2 to 3 inches of rain, locally higher, over the coastal plain, with lesser amounts west of the Delaware River," the NWS office in Mount Holly wrote in its Thursday afternoon forecast discussion. "Wind will not be much of a factor, save for towards the coast, where a period of winds at least close to tropical-storm-force is expected. The worst conditions in terms of rain and wind are expected from about 10 p.m. to 5 a.m. from south to north."

Additionally, a few tornadoes are possible from eastern North Carolina into southeastern Virginia and eastern Maryland through Thursday evening. The threat for an isolated tornado or two will then continue overnight and into Friday morning from coastal portions of the mid-Atlantic into southern New England, including the Jersey Shore and Delaware beaches, according to the NHC.

Authorities in Jacksonville, Florida, said one person was killed when a tree fell and struck two cars. The NWS said its storm-survey team in Duval County, where Jacksonville is located, had found evidence of a tornado touchdown and preliminarily assigned an EF1 rating to the twister.

In southeastern Georgia, a tornado touched down at a park for recreational vehicles at Naval Submarine Base Kings Bay in Camden County, the naval base confirmed to FOX Television Stations. Several people reportedly suffered injuries. After surveying the damage, NWS meteorologists determined this was an EF2 tornado.

The NWS also said there is an elevated risk of rip currents at the Jersey Shore and Delaware beaches through Friday as Elsa tracks up the Eastern Seaboard. There's a moderate risk for the development of dangerous rip currents through Thursday evening and a high risk overnight into Friday.

It's advised that you stay out of the water until the threat for rip currents wanes. As of July 6, 49 people had already lost their lives to rip currents in 2021.

Climatologist discusses recent trend of wicked weather across the country