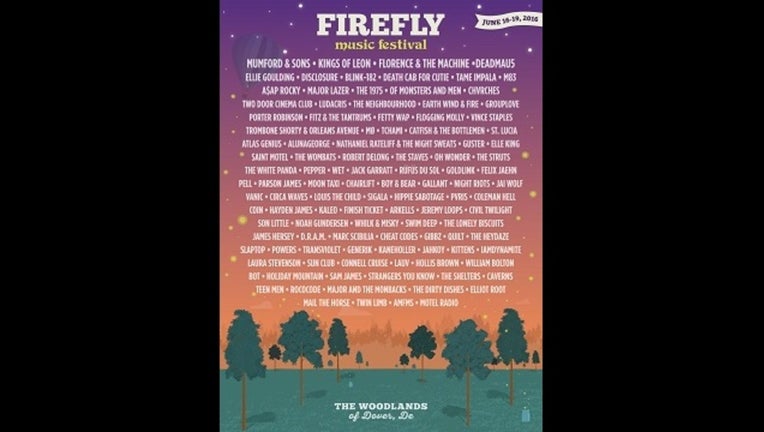 Mumford and Sons and Kings of Leon are to headline the star-studded festival scheduled for June 16-19 at The Woodlands in Dover. This year's lineup includes over 100 bands and artists, a number that has more than doubled since Firefly's first show in 2012, which showcased 48 musical acts.

Like last year, Firefly requires buyers to purchase a pass for all four days, and will not be offering one-day admission. Passes go on sale starting at 11 a.m. this Friday, November 20 ,

The camping and music fest sold out for the first time last year, drawing a crowd of over 80,000 for the weekend.