PHILADELPHIA - You may not be able to catch a ball game in South Philadelphia this summer, but Live Nation and the Phillies are giving music and comedy fans a reason to head to the stadium.

The series will include musical acts and stand-up comedy that those in attendance can watch from the comfort and safety of their cars. Audio from the performance will also be simulcast on FM radio.

The series will kick off Sunday, August 16, with comedian Bert Kreischer, who has been performing at drive-in movie theatres in recent weeks as a way to safely perform during the pandemic. 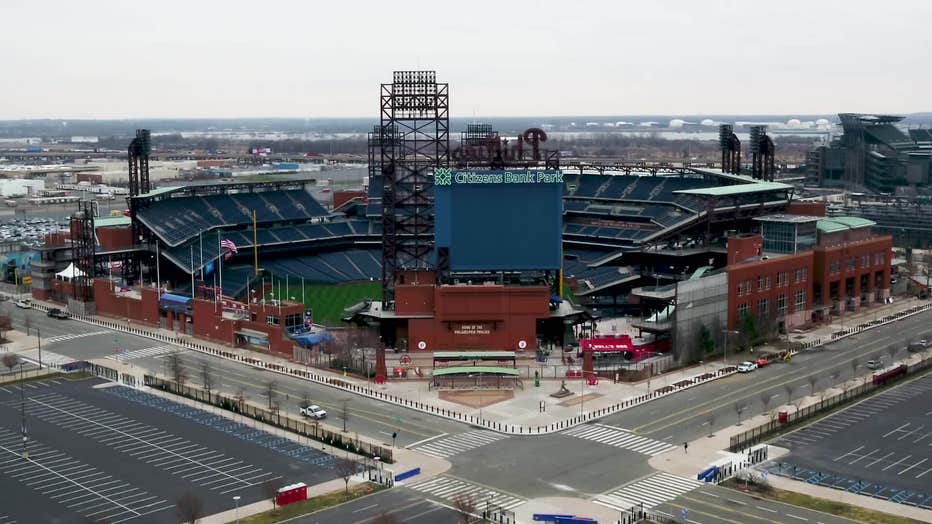 Tickets will be sold in the form of a group car pass. Each car will purchase just one ticket, good for a maximum of four people per car.

Organizers say those in attendance can expect contactless ticket scanning through their vehicle window and then will be shown to their designated parking space where they will enjoy the show from inside their own vehicle.

Guests can leave their cars, wearing a mask, to use one of the portable bathroom locations which will be continuously sanitized throughout each event.

Tickets On Sale To General Public Starting This Friday, July 24 At 10 A.M.

For more information on car passes and tickets, CLICK HERE.