Philadelphia to move into second phase of reopening Friday

PHILADELPHIA - Philadelphia is seeing yellow as the city prepares to move into the next phase of reopening since the stay-at-home order was issued back in March.

And while everyone is looking forward to Friday, there is also some concern for a potential increase in cases of COVID-19, due to the thousands of people who have been protesting this week.

All of Pennsylvania will reach at least the "yellow phase" Friday, and leaders in Philadelphia unveiled their own plan for what it will look like in the city, called the "Safer at Home" plan. This means stores can have customers, but in limited numbers.

Employees can head back to the office and manufacturing can resume, but workers must wear masks and maintain social distancing.

The city says inspectors will be out enforcing these guidelines.

Farley said the city's new confirmed cases were at 126 on Wednesday, down from 500 or 600 a day a month or so ago. Positive test results are also down from around 40% at one time to about 8% now.

"So, we're really pleased with the progress we've made to date," Farley said.

The city has also now issued health guidelines to citizens who have been protesting locally in the aftermath of George Floyd's death in Minneapolis.

"We're concerned about the fact that people were together," Farley said. "And many of them were wearing masks, but not all of them. Many were keeping a distance, but not all of them. So, we did make a recommendation that anybody that was participating in the protests should stay away from other people for two weeks, so that if they come down with the illness, they won't spread it to anyone else. And that after a week they should be tested just to see if they got the infection. So, we're hoping that if there was any spread during that time, that it's contained." 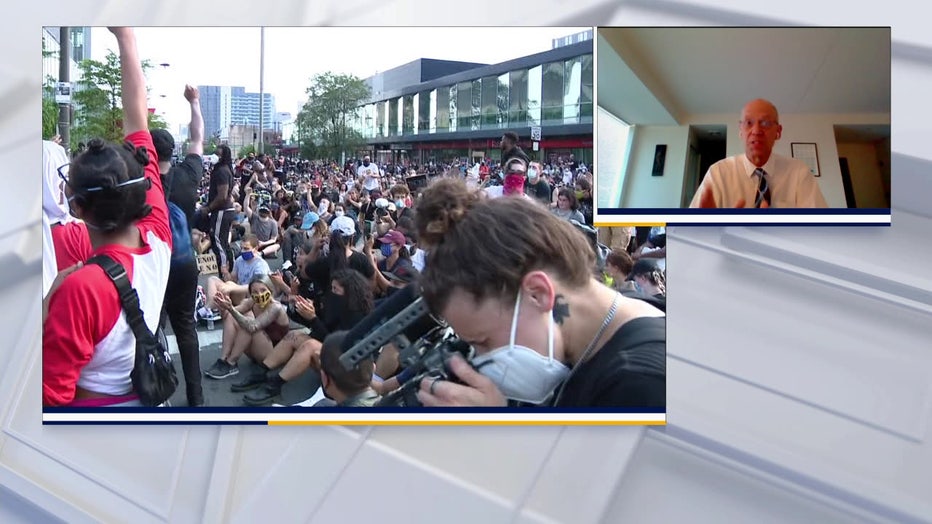 FOX 29's Mike Jerrick asked the question on everyone's mind: Are we actually going to go to yellow Friday?

"Well, the final decision is the mayor's. We hope to have an announcement later today. I can just say right now the numbers all look good, the number of people coming into emergency departments with illnesses that might be [COVID-19] is very low. As I said, the case counts are going down. Cases in nursing homes are down. S, I'm real pleased with the progress."

FOX 29's Alex Holley asked about when we would see a spike in cases from the protests, and what might happen then.

"You know, at every stage we need to… recognize it is possible we're going to have to take a step back," the health commissioner said. "Even though yellow is a cautious step, we have a lot of early warning signs in place. And so I think … it makes sense for us to really think about going forward. But at every stage we need to be – just watch those numbers very closely to see if the virus comes back."

You can hear more from Farley's interview on "Good Day Philadelphia" in the video above or right here.