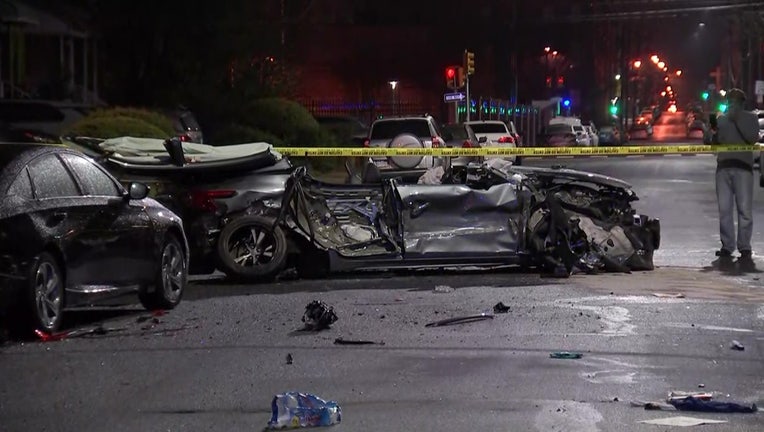 A man is dead and another is injured after a speeding car slammed into a SEPTA bus Thursday morning in North Philadelphia.

NORTH PHILADELPHIA - A man is dead and another is injured after a speeding car spun out of control and slammed into a SEPTA bus early Thursday morning in North Philadelphia, according to police.

Officers were called to the area of 12th and Master streets just before 5 a.m. for reports of an accident. Witnesses told police a gray Nissan Maxima was speeding on Master Street when it lost control and hit several parked cars and a SEPTA bus.

Police did not report any other injuries. No arrests have been announced as of Thursday morning.