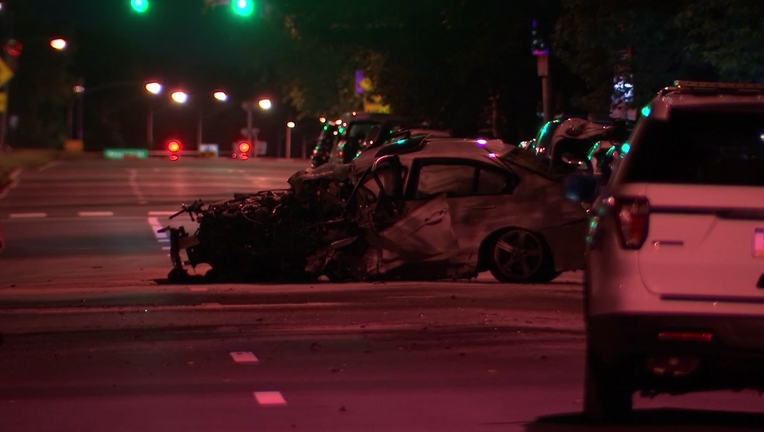 OLNEY - A man has died and another man is injured following a violent crash on Roosevelt Boulevard.

The crash occurred around 11 p.m. Tuesday.

Police say 22-year-old Jamal Sullivan, of North Franklin Street, was driving a BMW at a high rate of speed when he lost control of the car and struck a tree. Sulllivan was prononuced dead at the scene.

A 22-year-old passenger suffered cuts and bruises and was transported to Albert Einstein Medical Center, where he is listed in stable condition.