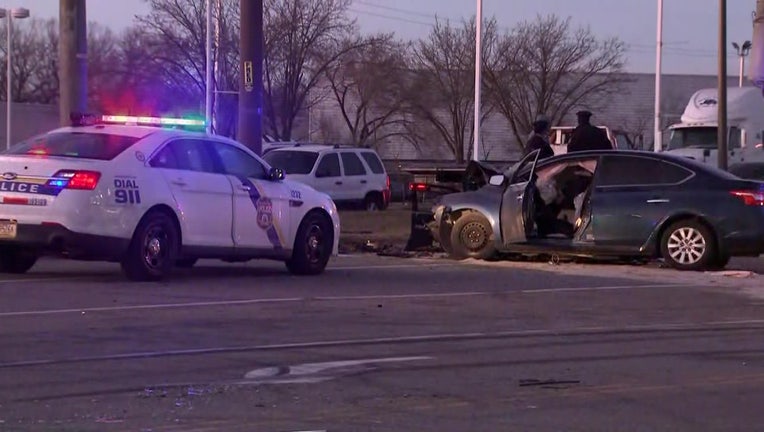 One man is dead and a second critically injured after a car accident on Essington Avenue in Southwest Philadelphia.

SOUTHWEST PHILADELPHIA - One person has died while another is critically injured after an accident in Southwest Philadelphia.

According to authorities, crews responded to the 6600 block of Essington Avenue Wednesday, just after 3 p.m. for a reported multi-vehicle accident.

First responders found a car struck a metal pole, after reportedly trying to pass a tractor-trailer.

A 41-year-old man was pronounced dead at the scene, officials said. A second man, thought to be about 40-years-old, was rushed to Penn Presbyterian Medical Center suffering critical injuries.

Officials say an ongoing investigation into the accident is underway.