12-year-old Jackson Hepner was visiting his family’s hotel in Ohio in July when he made the discovery of a lifetime: a woolly mammoth tooth nearly the size of his head found in a creek bed near the hotel.

MILLERSBURG, Ohio - 12-year-old Jackson Hepner was visiting his family’s hotel in Ohio in July when he made the discovery of a lifetime: a woolly mammoth tooth nearly the size of his head found in a creek bed near the hotel.

Jason Nies, who runs The Inn at Honey Run in Millersburg, Ohio is related to Jackson and was hosting a family reunion at the hotel when the tooth was found.

On July 26, Nies said Jackson was playing in a nearby creek with other relatives when he brought up what looked like a fossil of some kind.

At first everyone thought it might be a Mastadon tooth since Nies had said a giant Mastadon was discovered in the area in the 1800s, but after doing some research online, Nies contacted local universities where various professors confirmed that it was indeed a woolly mammoth’s tooth.

Nies said that Nigel Brush, professor of geology at Ashland University, who is also the co-founder of the Killbuck Valley Natural History Museum, visited the hotel and physically inspected the tooth.

Nies said Jackson lit up when he realized what he had discovered.

The hotel posted about the find on their Facebook page, saying that local professors confirmed that the tooth was an upper third molar from a woolly mammoth, noting the tooth’s parallel ridges that the animal used for grinding grass and seeds.

In a blog post on the hotel’s website, a picture of Jackson’s handwritten account including a detailed map of where the tooth was found read, “I found the mammoth tooth about ten yards upstream from the bridge we had our family pictures on. It was partially buried on the left side of the creek. It was completely out of the water on the creek bed.”

Nies said that after getting the tooth authenticated, some universities inquired about obtaining the tooth, but that he planned on returning it to Jackson.

The hotel’s blog noted that Jackson awaits the “safe return of his tooth,” adding that they “couldn’t be prouder to be the site of such an extraordinary find and unforgettable experience.” 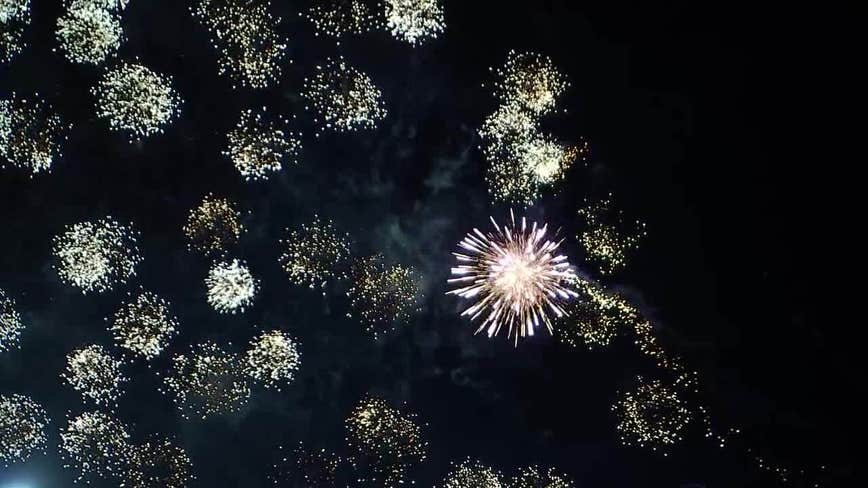