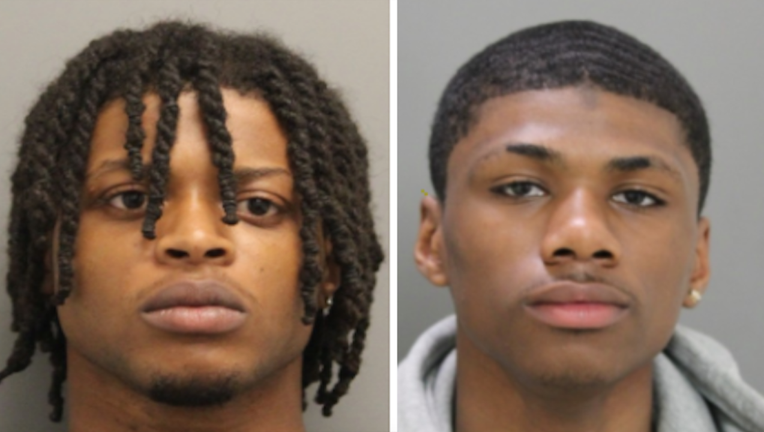 MAGNOLIA, Del - Two men are in custody and another man is being sought in connection to a chain of burglaries and vehicle thefts in Kent County last week, police say.

Syeed Haines, 24, and Tygee Dennis, 31, were arrested and charged with a number of crimes after police say the men and a third accomplice stole items, including guns and a wallet from homes and cars in Magnolia from Aug. 17 to 18.

Police identified two instances in which the group entered a home through a garage and swiped firearms and money. The group first struck a home on Rockwood Boulevard where they made off with a shotgun and an AR-15. In a second burglary, police say the men stole a wallet from a home on Viola Drive.

Police believe the group is also responsible for several thefts from vehicles in Magnolia.

Police say 19-year-old Dominic Hurley is still being sought in connection to these thefts. Anyone with information on Hurley's whereabouts is asked to contact police immediately.