New developments in death of US Capitol officer

Federal officials have arrested and charged two men with bear spraying U.S. Capitol police officer Brian Sicknick during the Capitol insurrection – but they still don’t know if that caused the officer’s death.

WASHINGTON (FOX 5 DC) - Federal authorities have arrested two men who were reportedly involved in an attack on a Capitol police officer who died following the Jan. 6 riot at the U.S. Capitol.

Officer Brian Sicknick died the day after suffering injuries during the attack on the Capitol.

Investigators believe Julian Elie Khater, 32, of Pennsylvania, and George Pierre Tanios, 39, of Morgantown, W.V., were involved in the attack. 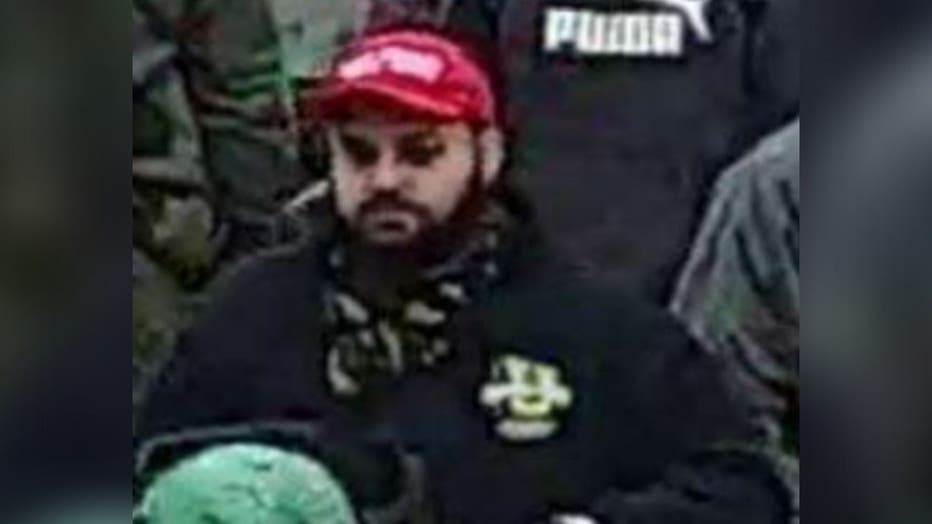 Khater is the man in a video obtained by the FBI that showed him spraying Sicknick and others with bear spray, according to court papers. The act hasn't been directly tied to Sicknick's death. 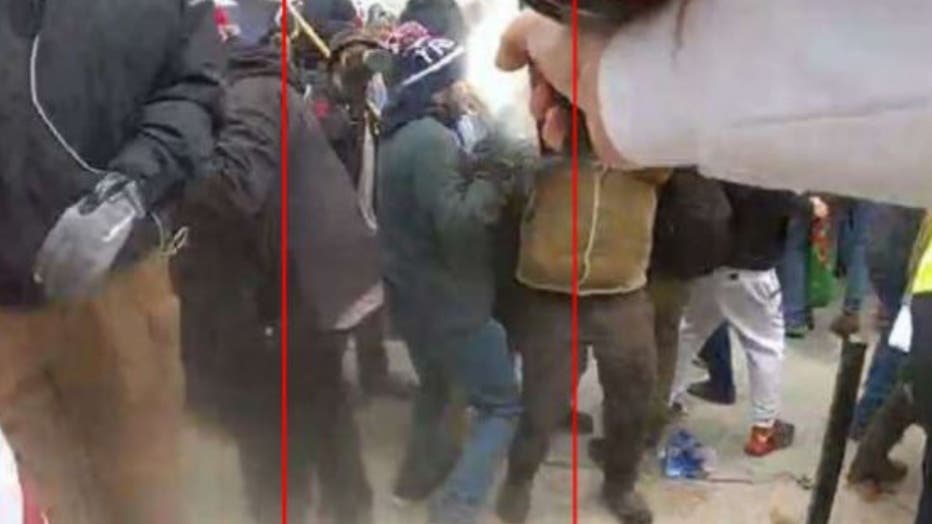 "Give me that bear (expletive), Khater said to Tanios on the video, according to court papers. Sicknick and other officers were standing guard near metal bike racks, the papers say.

Khater then says, "they just (expletive) sprayed me," as he's seen holding a white can with a black top that prosecutors said "appears to be a can of chemical spray."

The pair are facing multiple charges, including assaulting a federal officer with a dangerous weapon.

According to court documents, video shows all three of the officers retreating from the fray, holding their faces in their hands and looking for water.

The officers were allegedly temporarily blinded by the spray, and were incapacitated while they recovered.

The circumstances surrounding Sicknick's death remain unclear, and a final cause of death has not been determined. Capitol Police have said he died after he was injured "while physically engaging with protesters" and the agency's acting chief said officials consider it a line-of-duty death.

Sicknick collapsed later on and died at a hospital on Jan. 7. The Justice Department opened a federal murder investigation into his death, but prosecutors are still evaluating what specific charges could be brought in the case, the people said.

Siege On Democracy: A FOX 5 DC podcast live from the Capitol Riot

Sicknick was one of five people who died directly following the attack on the Capitol.

During the rally, Trump re-iterated his claims that the results of the 2020 election were false, despite the lack of evidence supporting such a claim.

The protesters' attack on the Capitol temporarily halted the Electoral College vote count, which cemented President Joe Biden’s 2020 victory over the Republican incumbent.

Monday afternoon, Capitol police issued a statement regarding the arrests:

The United States Capitol Police continues to mourn the loss of Officer Brian Sicknick. His bravery on January 6 will be something our police family will always remember.

"The attack on the U.S. Capitol and on our police officers, including Brian Sicknick, was an attack on our democracy," said U.S. Capitol Police Acting Chief Yogananda Pittman. "Those who perpetrated these heinous crimes must be held accountable, and -- let me be clear -- these unlawful actions are not and will not be tolerated by this Department.  I want to thank our skillful USCP investigators as well as our FBI and MPD partners for their work to identify and arrest those responsible for these violent acts, as well as Acting U.S. Attorney Channing Phillips and his staff for their prosecution of these cases."

The multi-jurisdictional investigation into Officer Sicknick’s death is ongoing and USCP will provide further comment when it is complete.

Officer Sicknick was injured while protecting Congress during the riot at the U.S. Capitol. After the attack, he was taken to a hospital where he succumbed to his injuries on the evening of January 7. Officer Sicknick joined the Department in July 2008, and most recently served in the Department’s First Responder’s Unit.

His family requests their privacy be respected during this difficult time.