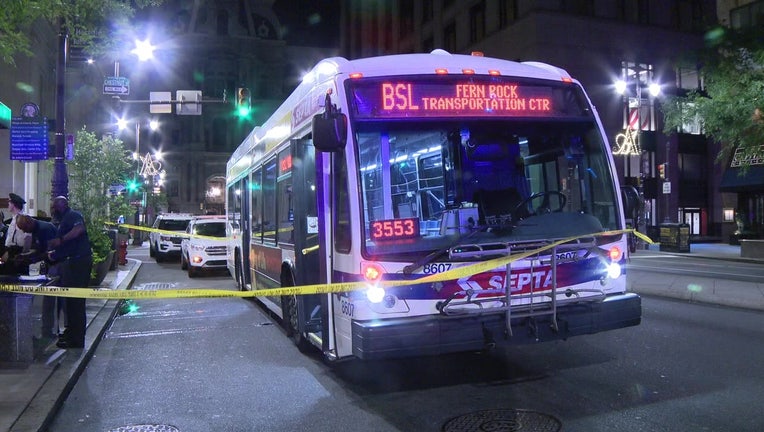 Police charged two people on Friday in connection to a shooting aboard a crowded bus.

PHILADELPHIA - Two people are facing charges months after a man was shot inside a crowded SEPTA bus near Philadelphia City Hall.

According to police, the bus was near the intersection of Broad and Chestnut streets around 1 a.m. when the driver heard three to four gunshots. The victim was found in the back of the bus with a single gunshot wound to the chest.

About 15 passengers, including the shooter and his accomplice, ran off the bus when its doors opened on the 100 block of South Broad Street, according to investigators.

Man in extremely critical condition after shooting onboard SEPTA bus

Philadelphia and SEPTA police are investigating a shooting that left a man in extremely critical condition near City Hall Thursday morning.

The victim was taken to Jefferson Hospital in extremely critical condition but survived his injuries, the DA's office said.