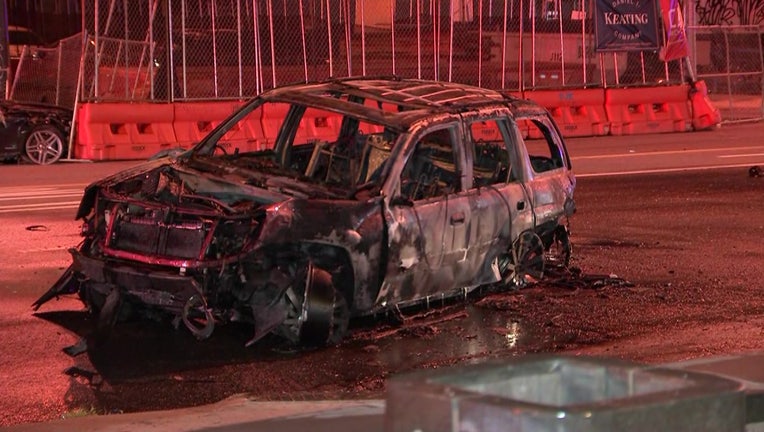 SPRING GARDEN - Two people were hospitalized after being rescued from a fiery car crash early Friday morning in Spring Garden, according to police.

Investigators say the two-car collision happened at the intersection of Broad and Green streets around 4:30 a.m.

Two people were rescued from a car that caught fire during the crash. Their conditions remain unknown.

Police have not said what lead to the fiery crash that left an SUV completely charred in the middle of the road.