FOX 29's Marcus Espinoza has the latest on a fire at a rowhome in Grays Ferry that killed 2 children.

GRAYS FERRY - Police say a 3-year-old boy and 10-year-old girl are dead and a 9-month-old is in critical condition following a fire at a rowhome in Grays Ferry.

Firefighters responded to the 1500 block of South 30th Street around 1:30 a.m. Saturday and encountered heavy flames and smoke. 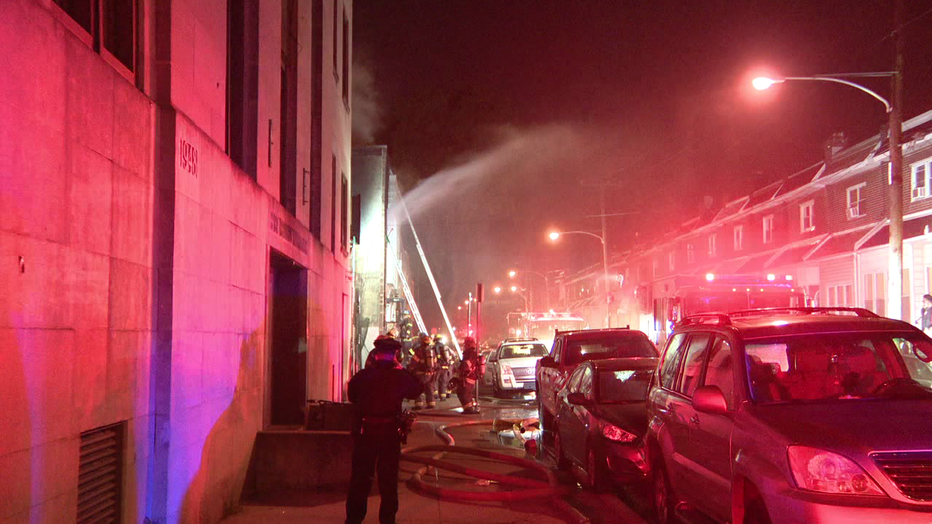 Fire crew work to contain blaze on the 1500 block of South 30th Street.

Firefighters were told that people were trapped inside the home. At least one person jumped to safety from a window, according to firefighters.

Officials said a 3-year-old boy was found dead inside the house and a 10-year-old girl died from severe burns at the hospital. A 9-month-old girl is in serious condition at a local hospital with severe burns and smoke inhalation.

According to authorities, a 24-year-old woman suffered 2nd-degree burns to her arms, leg, and back and is stable. Two other adults were treated for smoke inhalation and burns.

Crews placed the fire under control around 2 a.m. It is unknown what sparked the deadly inferno.

The American Red Cross is working to find temporary lodging for families impacted by the fire.