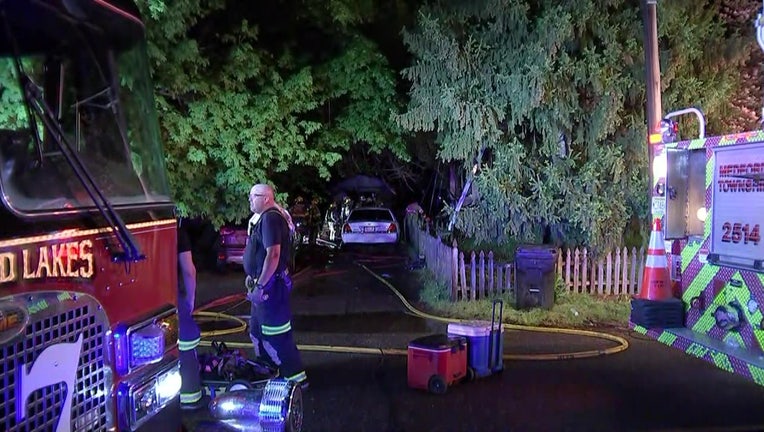 Two people were rescued from a house fire in Medford Township.

MEDFORD TOWNSHIP, N.J. - Two people were hurt and a dog was killed during a three-alarm house fire late Thursday night in Medford Township, according to police.

Firefighters were called to the unit block of Branch Street just before midnight for reports of a dwelling fire with victims trapped inside.

Crews arrived to find the first floor and basement of the home engulfed in flames. The blaze was elevated to three alarms around 12:30, according to officials.

Several cats were rescued and secured by animal control, according to police. The victim's dog died of smoke inhalation, officials said.