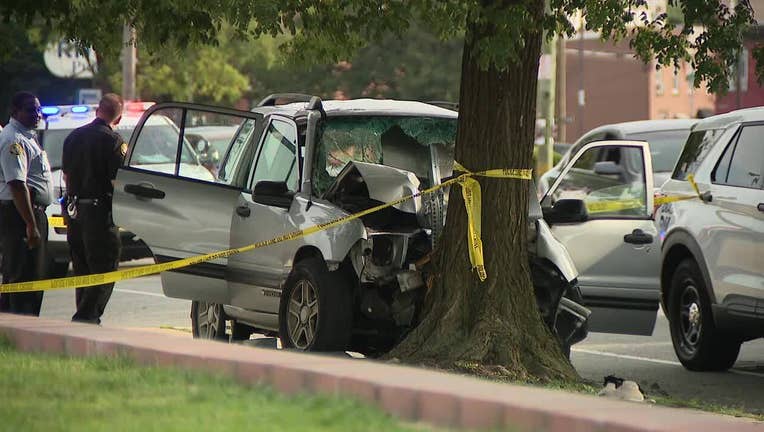 KENSINGTON - Authorities say two men were killed when a sport utility vehicle crashed into a tree Thursday morning in Kensington.

Police say a 34-year-old driver and a 45-year-old passenger were traveling south on the 2500 block of Aramingo Avenue sometime after 7 a.m.

Police say for unknown reasons the 2004 Chevy Tracker smashed into a tree causing fatal injuries to both men.

Authorities have not said what caused the accident. No other injuries were reported.