Bria Cann was&nbsp;suddenly in an unthinkable position when she was forced to drop her baby to escape the flames.

PHILADELPHIA - Two people suffered minor injuries after a fire broke out at an apartment in Frankford.

It happened on the 5000 block of Akron Street shortly after 3 p.m. Friday.

When firefighters arrived the building was fully engulfed. A second alarm was struck before being placed until control around 3:45 p.m. 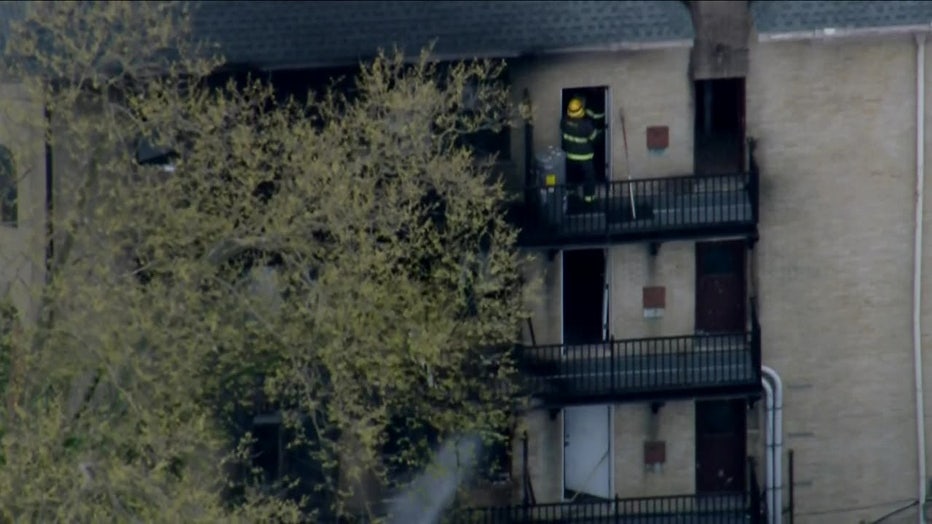 Bria Cann was suddenly in an unthinkable position. She and her daughter Harper, who turns 1-year-old this weekend, were trapped in thick, heavy smoke by her apartment window on the third floor.

She was forced to drop her baby girl from the window to a man below.

A woman living on the second floor says the fire was an accident.

"I was smoking a cigarette. I don't know if it fell on the floor or if it fell out of the ashtray, or what," she said.

She ran to get water to put out the fire.

"By the time I came back, half my futon was ablaze," she said.

The American Red Cross is assisting 8 families affected. The investigation into what sparked the fire is ongoing.