A fire in Kensington destroyed two row homes and injured a Philadelphia firefighter.

PHILADELPHIA - A fire in Kensington destroyed two row homes and injured a Philadelphia firefighter. Investigators are trying to piece together what caused the blaze. 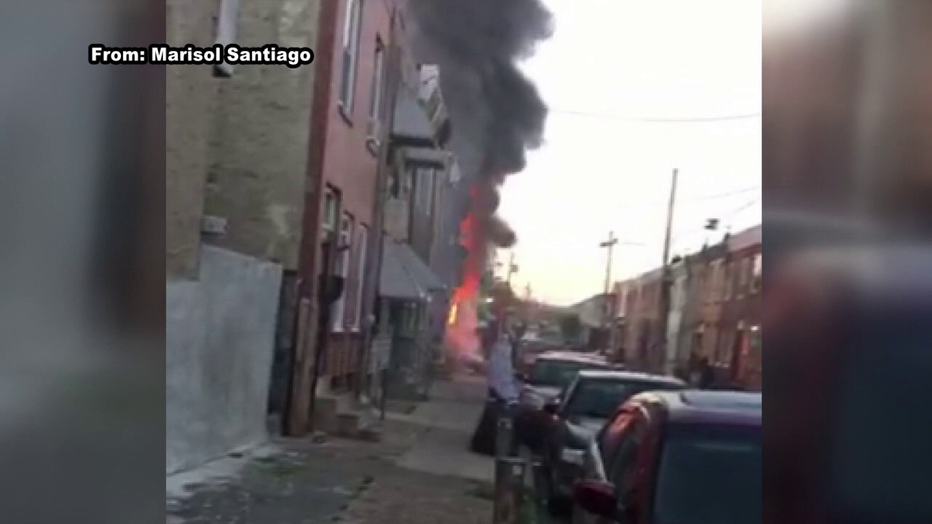 In the aftermath of the predawn fire, clean up crews discarded what was left inside adjoining, burned-out, vacant row homes on the 1800 block of E. Monmouth St.

Just around the corner, Jeremiah Thompson packed a Dodge van with everything he could salvage from his home next door. He just moved in and still had unopened housewarming gifts.

Thompson says it was around 5:30 a.m. Monday when he was jolted awake by what sounded like a blast next door. Thompson and his 13-year-old daughter were the only ones inside their home. They both made it out safely. However, the firefighting next door left Thompson’s home badly damaged and imminently dangerous, according to the city.

Thompson says he used to be homeless but earned money playing drums for tourists outside Reading Terminal Market and was on his way to a better life.

The block is around the corner from Philadelphia's heroin epidemic on Kensington Avenue.  Neighbors say drug squatters came and went from the two vacant homes.

“You see the addiction has completely taken over their lives and it’s not something they have any control over," Thompson told FOX 29.

While fire investigators try and figure out who and what started this blaze, Thompson must pick up the pieces and start his life all over again.