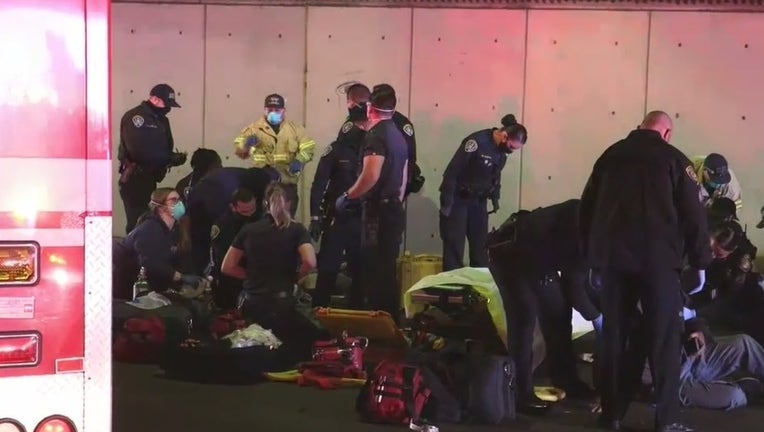 SAN DIEGO - Three people were killed and six others were injured when they were hit by a station wagon driven by an elderly man in downtown San Diego on Monday morning, authorities said.

Three of the victims were pronounced dead at the scene and two victims were taken to a local hospital in critical condition, officials said. The condition of the other four victims remains unknown.

Authorities say the driver of the Volvo was arrested Monday for three counts of vehicular manslaughter, one count of felony DUI and five counts of causing great bodily injury.

The San Diego Fire-Rescue Department said the crash was reported in the 1400 block of B Street in the East Village neighborhood near San Diego City College.

Video that was taken at the scene shows the crash that happened inside a tunnel near the college that appeared to be a homeless encampment. 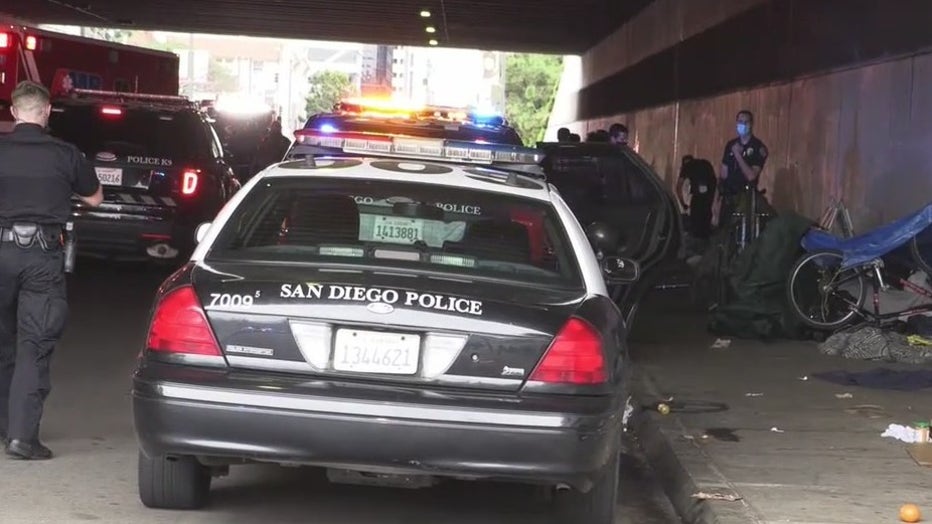 The driver of the vehicle was identified as a  71-year-old man, San Diego Police Chief Dan Nisleit said during an update just before 11 a.m.

He was later identified as Craig Voss, of San Diego.

Voss remained at the scene following the horrific incident and was cooperating with officers.

No further information was immediately released by authorities.